Harley and Ivy Take a Road Trip to Riverdale 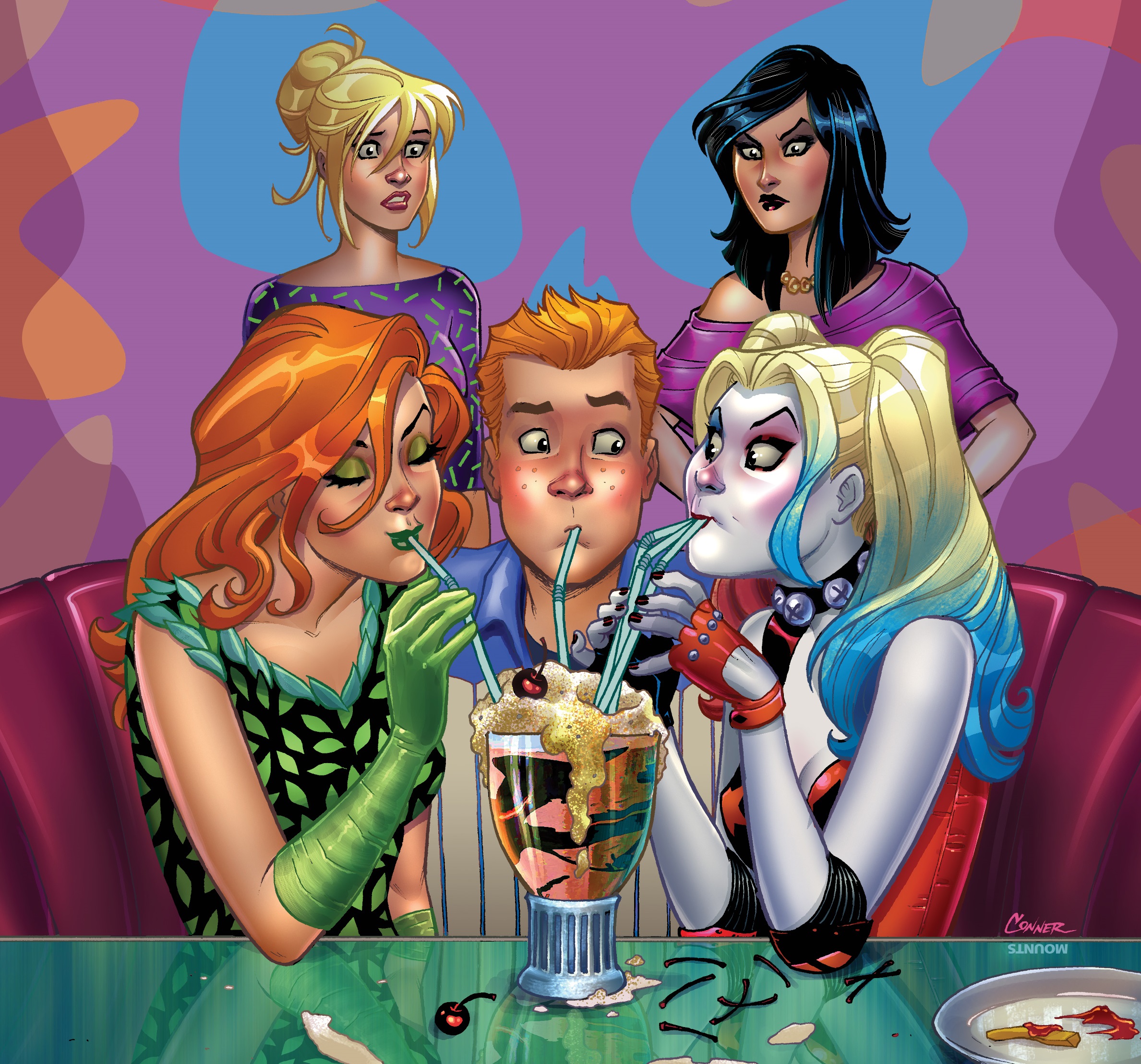 What is it about Betty and Veronica that can cause redheads to cross entire comic book publishers to give them attention? Riverdale’s best frenemies become the target of fiery-locked eco-terrorist Poison Ivy and the Jughead to her Archie, Harley Quinn, in October’s Harley & Ivy Meet Betty & Veronica. Harley Quinn creator Paul Dini teams with Wonder Woman ‘77 writer Marc Andreyko to pen what is sure to be a surreal six-issue miniseries with Laura Braga handling art duties.

DC’s official press release details more of the team-up and it seems like Archie Comics is just as excited:

“Betty and Veronica are the most iconic friends in comic book history, and now, thanks in no small part to the success of the Riverdale TV show, in pop culture,” said Archie Comics Publisher/CEO Jon Goldwater. “It made tons of sense to have them crossover with DC’s own female powerhouses, Harley Quinn and Poison Ivy.”

The first issue is on sale October 4th. With Riverdale and the Arrowverse TV shows all airing on the CW, can this be the first step in a multi-media crossover?