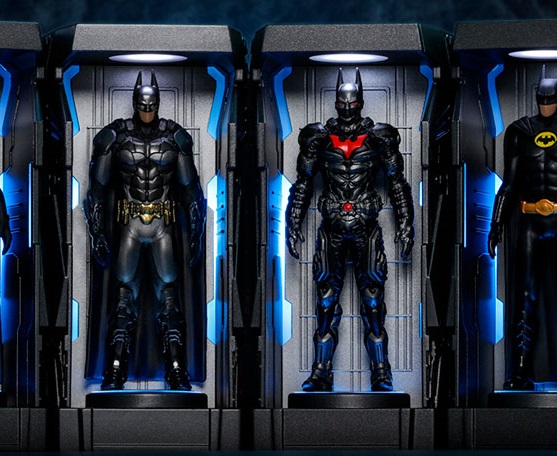 Hot Toys has released details for their latest release, which is a Batman Armory Miniature collectible set featuring six iconic suits that appeared in Batman: Arkham Knight. The armory measures just under five inches tall and will feature light-up features as well. The set is priced at $199 and is expected to ship between July and October 2020. You can preorder the set at Sideshow Collectibles now.

Fans of Bat, this is a great opportunity to suit up for the crime-fighting challenge!