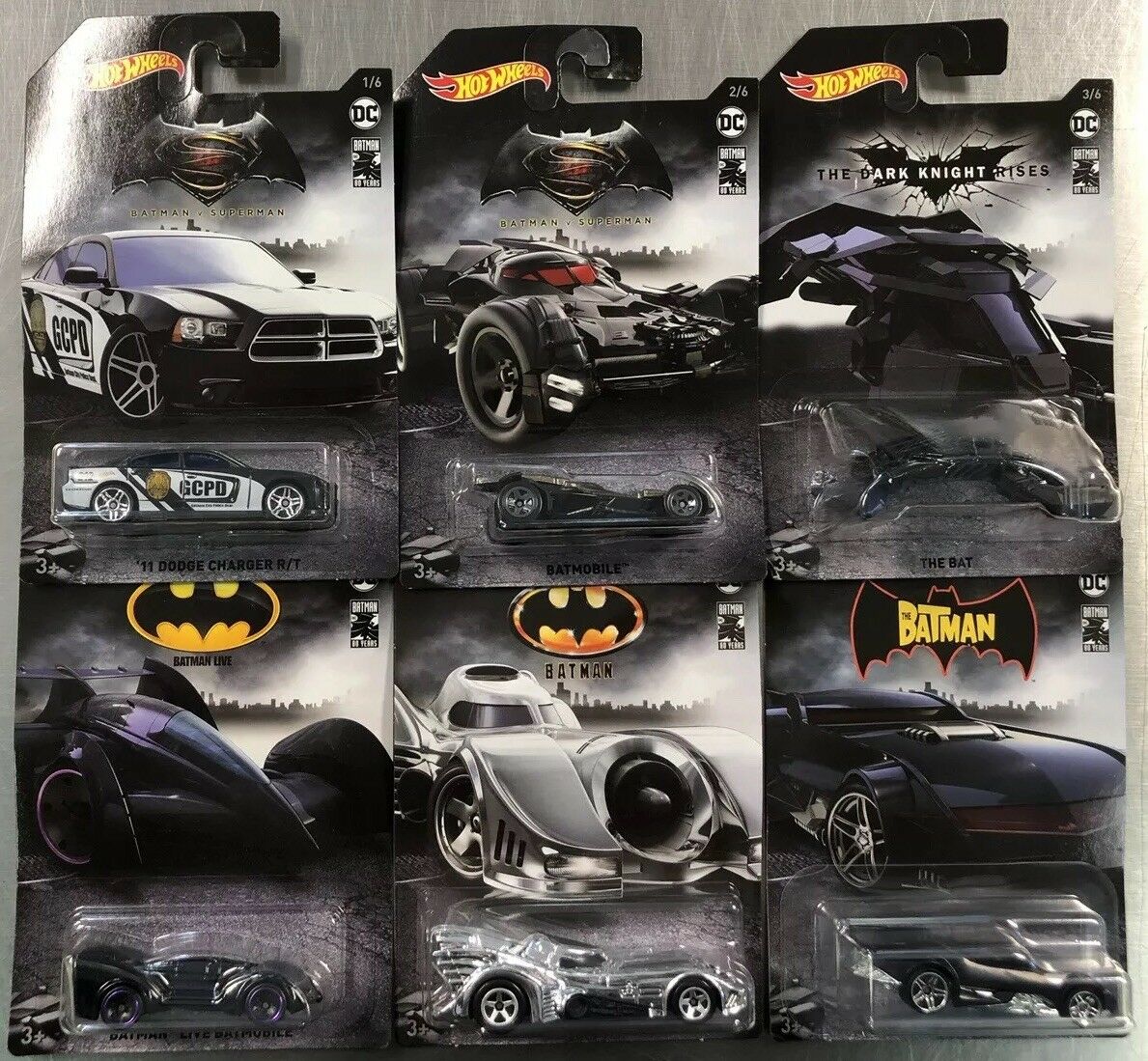 As some fans may know, Hot Wheels releases a new line of vehicles every single year. A long-running tradition among the yearly lines of vehicles is the inclusion of Batman Universe vehicles. This year does not disappoint as there are many offerings for fans that will be made available throughout the year as new mixes release.

Beginning with the mainline vehicles., these are part of the two hundred and fifty vehicle line that will be found on shelves throughout the year and feature a collector number from #1-250. Among the mainline, there are smaller series that make up the entire line. This year, there is a five-vehicle series specifically named the “Batman” series. Details are known of which vehicles they will be not exactly when all will release. Let’s start with what we do know. The first car you will see on shelves is Collector #017, which is #2 in the Batman series and is also a New Model for 2019. This new Batmobile is not made to look like any specific media incarnation of the Batmobile, but more of an evergreen possibility. Next is Collector #066, which is #3 in the Batman series. This Batmobile is modeled of the Classic 1966 TV series and features a new paint scheme this time around. Following that is Collector #118, which is #5 in the Batman series and is based on the Batmobile in Justice League. This one is very similar to the Replica Entertainment series release from 2017 but this new one features a yellow windshield.

Neither the other two vehicles as part of the mainline Batman series have full details at this point, which means they are not going to be hitting shelves until later this year. The #1 in the series (collector number not known yet), is Batman: The Animated Series Batmobile and #4 (collector number not known yet) is The Dark Knight Batmobile. More details along with images will come later in the year. Finally, there is one last offering that features normal cars as part of a five pack. Included in the pack are Bassline themed for Killer Croc, the action figure themed Batmobile, the Batcopter, a Ford Fusion themed as a Gotham City PD squad car, and Cockney Cab II themed for Joker.

Overall, it seems that 2019 will shape into a pretty nice year for Bat-Fans who collect Hot Wheels with the sixteen vehicles releasing over the year. Are you excited for any of the offerings?