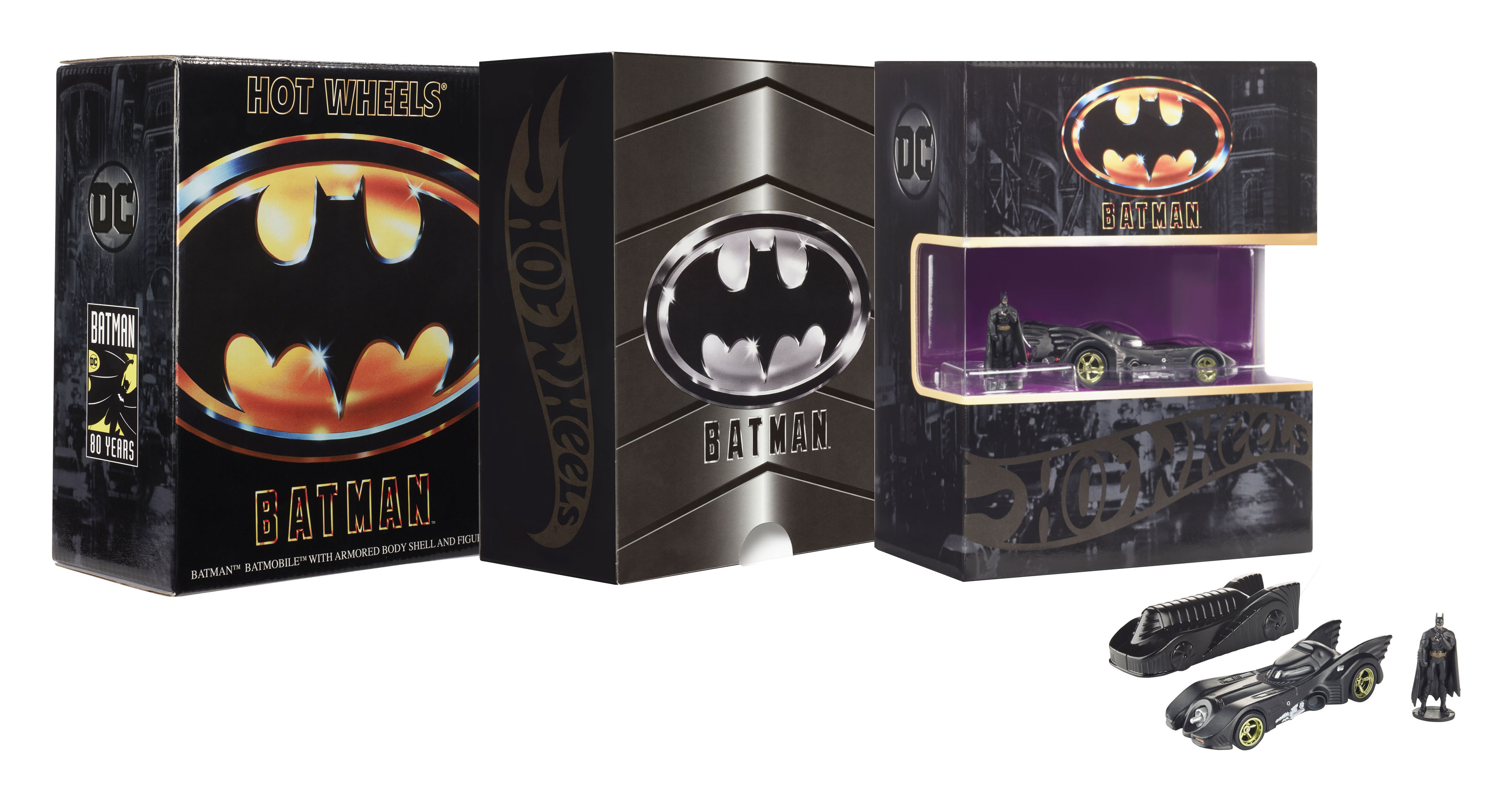 Earlier we showed you one of the exclusives from Mattel for San Diego Comic-Con. There will also be available a Hot Wheels replica of the Batmobile as seen in the 1989 Batman movie.  This car comes complete with shield accessory and a scale figure of Batman. The shield can be placed over the Batmobile or displayed separately. The Batmobile, the shield, and the Batman figurine are all diecast metal. This is priced at $25 and can be pre-ordered via Mattel’s website starting on June 17 and will ship after the convention.

Hot Wheels® joins the Batman 80th Anniversary celebration with this show-stopping tribute to the Batmobile featured in 1989’s hit film, Batman. Poised for action in a dark Gotham City™ alley with Batman himself standing guard, this crime fighting machine is ready for anything. When trouble comes, a protective armored shell is magically revealed and lowered onto the Batmobile, cocooning it from evil in all its forms!