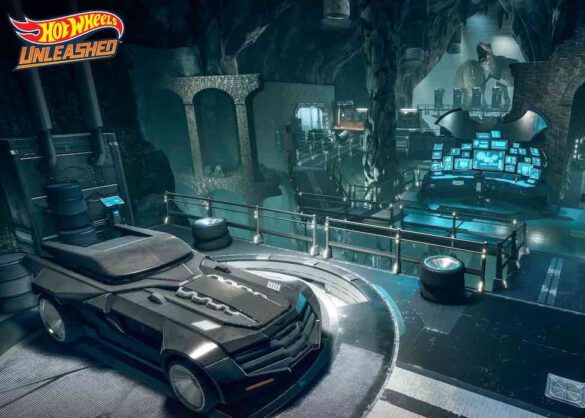 While not announced during DC FanDome, there was an email sent out by DC after the event that briefly mentioned that DC elements were being added to Hot Wheels Unleashed. There were not a whole lot of details regarding the announcement as the email linked to a page that shared no further details for the game. However, that changed today as Milestone Games revealed not one, but two trailers featuring the addition of Batman, the Batcave, Joker, and a number of DC super-villains coming to Hot Wheels Unleashed.

Beginning on November 11, Hot Wheels Unleashed will be the start of the DC Super-Villains Racing Season. The new season will include six themed vehicles featuring Cheetah, Black Manta, and Batman Universe mainstays Bane, Poison Ivy, Deathstroke, and Harley Quinn. In addition to the new vehicles, there will be new customization items as well. The season will go from November 11 to January 18, 2022. Check out the trailer.

Then on December 2, there will be a Batman expansion DLC pack that will include a new career map inspired by Gotham City, the new environment showcasing the Batcave, a new track builder module called the Joker Funhouse Split, and five themed vehicles. The vehicles are themed around Penguin, the Rebirth version of Batman, Joker, Robin, and an armored version of Batman. The new Batman DLC is included with the Hot Wheels Unleashed Pass Volume 1 or can be purchased by itself. There is also a new trailer for the DLC pack as well.

With the Batman Universe coming to Hot Wheels Unleashed, what are you most excited about? Are there characters that you hope that get featured in the future?