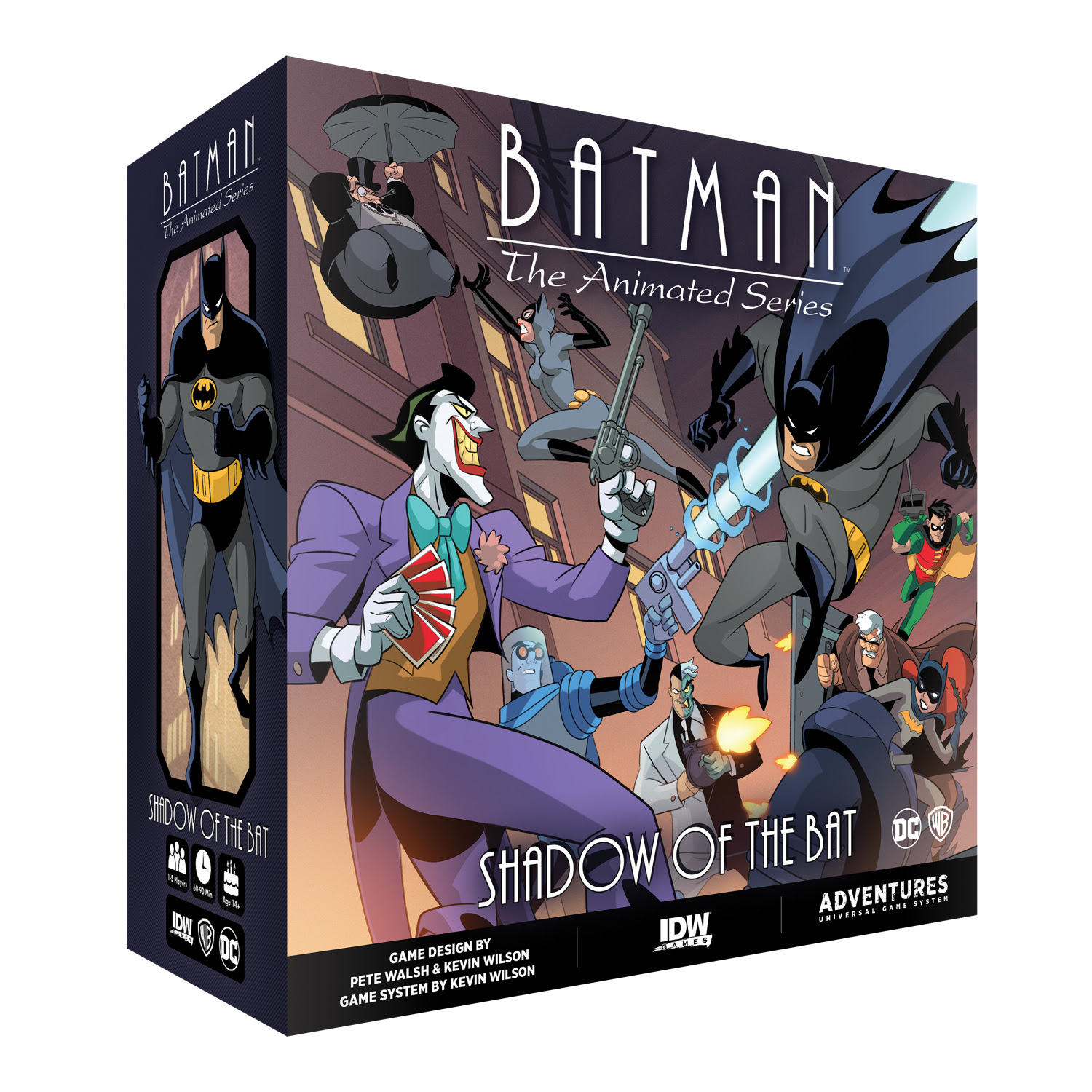 IDW Games have announced the launch of their latest Kickstarter campaign for a new upcoming Batman The Animated Series Adventures Universal Game System called Shadow of the Bat. If you are unfamiliar with the Adventures Universal Same System, it is a miniature-driven board game. A full-sized expansion, Arkham Asylum, is available as well with multiple add-on story packs. If ordered through the Kickstarter, they are expected to ship by December 2020. The core game is priced at $125, the expansions and add-ons ranging from $15-60. There is a ton more details to go into the game, but you should check out the Kickstarter page if you are interested. You can also check out this quick video showcasing the game as well.