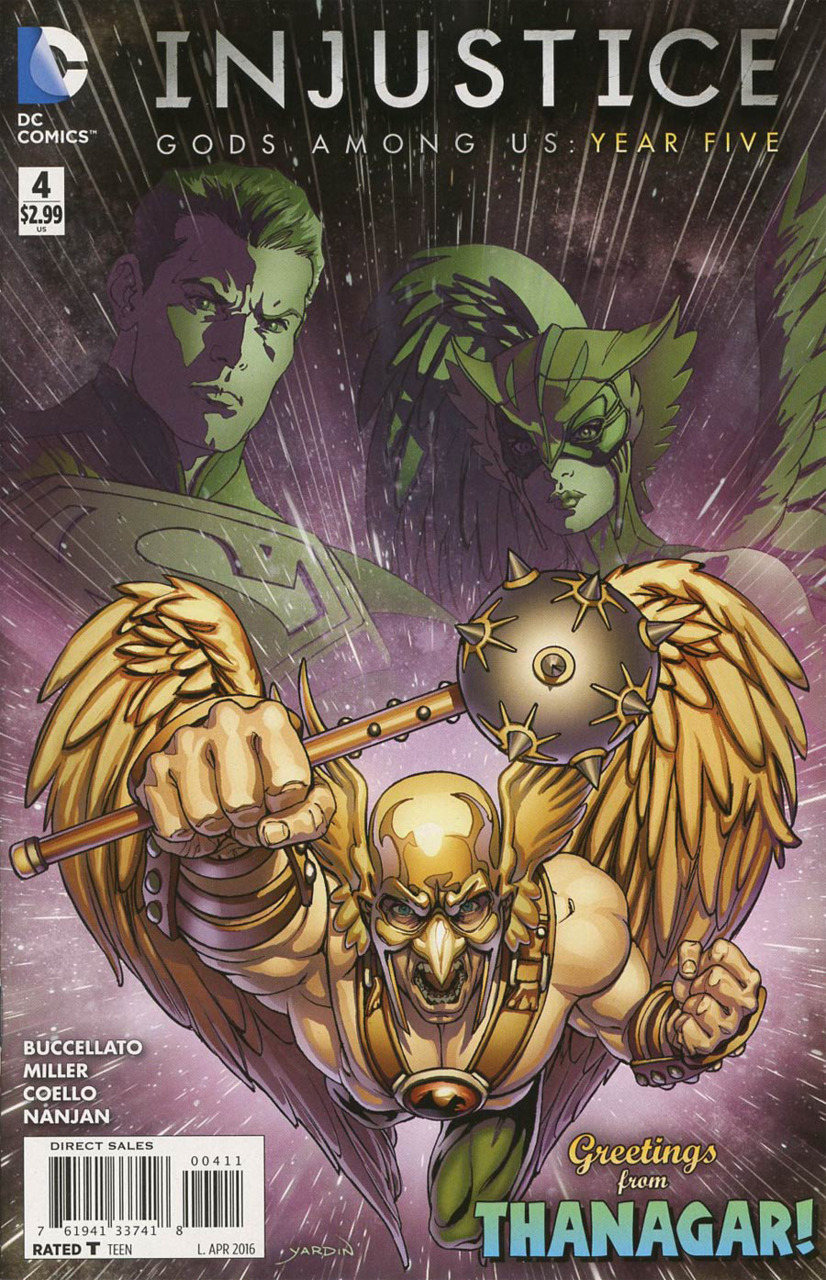 Synopsis: Chapter seven picks up from last issue with Batman arriving at Wayne Manor to take on Superman and some of his Regime members. As Mirror Master and Alfred watch the battle from the windows of Wayne Manor, Harley Quinn and Batwoman join Batman in his fight to distract the Regime as Batgirl continues to try and free Catwoman.

Meanwhile, Batgirl battles Killer Croc but realizes that she might need some help as she slips a green pill to Catwoman. The pill’s enhancing qualities soon kick in and Catwoman quickly takes down Killer Croc.

Back at Wayne Manor, Batman and Superman are locked in combat (both physically and verbally). Both men try to justify why they are continuing their war against each other. As they are trading blows, Batgirl alerts Batman to Catwoman’s rescue. Upon hearing this, Batman releases a lead-based smoke bomb and the team disappears.

Returning to the mines in Alaska, Batman tells everyone that the new plan will be to execute a series of guerilla-style attacks on the Regime to get the people of the world to side with his Insurgency. Catwoman takes Bruce aside and asks him to run away with him since she believes that there is no hope of victory against Superman. Bruce says that he can’t stop so Selina leaves.

Chapter seven ends with Katar returning to Earth from Thanagar to get Hawkgirl back and issuing a threat that he will kill anyone who gets in his way.

Chapter eight opens with Hawkgirl capturing the villain Cheshire. After returning her to the Regime’s prison, Hawkgirl arrives at the Hall of Justice to confront Katar who orders her to return to Thanagar with him because she is his wife. Cyborg gets involved and things turn violent quickly. Wonder Woman arrives to smack Katar around. Ultimately, Hawkgirl stops both of her teammates and says that it’s her job to take him down. The two begin to battle but, eventually, Hawkgirl gains the upper hand and defeats Katar. She leaves him lying out in front of the Hall of Justice saying that she will kill him if she ever sees him again. Wonder Woman ends the issue by telling Katar he is longer welcome on Earth.

Thoughts: After reading these two chapters, I had mixed feelings about these two issues. The Batman/Superman fight did explore some of the justifications that the two have for what they have done. Despite the horrible things that Superman has done, it is hard to argue with his initial murder of the Joker so it’s good that they have him bring that up in the fight and conveniently leave out the other murders since then. It just goes to show how far gone Clark is within this reality.

The reason I had mixed feelings was due, in part, to chapter eight’s “filler” status.  Chapter eight really did not do anything to further the plot unless they are trying to sow the seeds for a possible Thanagarian invasion this year.  If this is the path they are taking then I will reserve judgment since that could be cool to see even though we already had the whole “invasion plot” when the Green Lantern Corp attacked from space.

In regards to artwork, these chapters had different artists and it felt natural to compare the two. While it was nice to have Miller back for chapter seven, I have never been a big fan of how he draws Batman and Superman. For some reason the facial features he gives them just does not connect with me. That being said, I think Miller does a great job laying out action scenes. He makes the short Batman/Superman fight epic. Coello has a different style than Miller and his scenes with Katar and the Regime members were full of emotion. You could really feel the rage between Katar and Shiera.