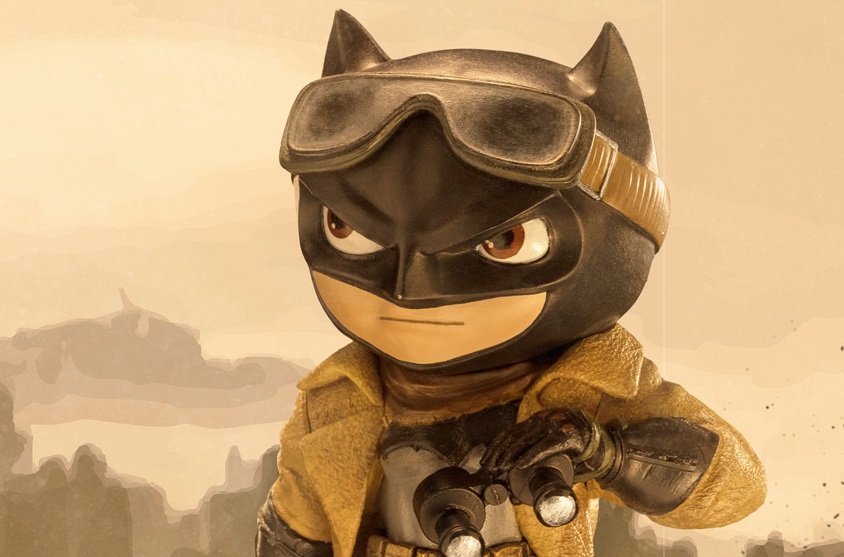 Iron Studios has released details for their latest collectible MiniCo figure which features the Knightmare version of Batman from Zack Snyder’s Justice League. The figure measures just over six inches tall and features the character in the outfit during the additional sequence made for the exclusive release of the film. It is priced starting at $35 and is expected to ship between July and September 2022. You can preorder the figure directly from Iron Studios, Sideshow Collectibles, or Entertainment Earth. 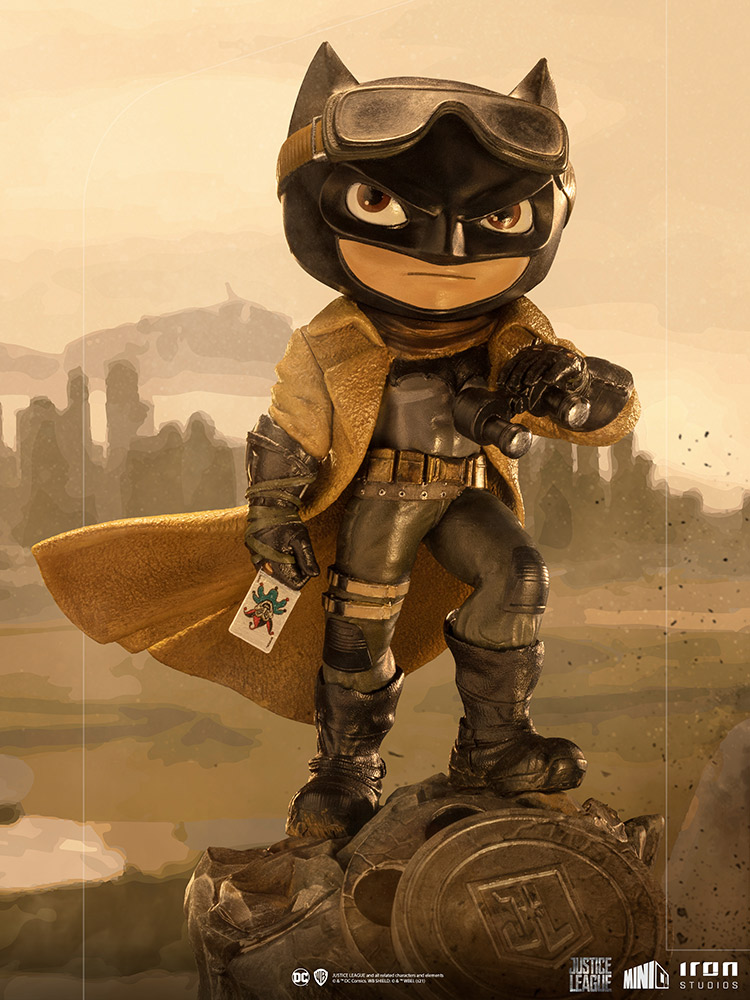 Wearing a variation of his uniform, with an overcoat and a pair of tactical goggles, to protect his eyes in the desert, Batman holds binoculars in one hand to observe his goal, and in the other hand, a wildcard, the hallmark of your eternal archenemy. On a rock-shaped base with the Justice League logo emblazoned at its feet, Iron Studios presents its stylized “Knightmare Batman – Justice League – Mini Co.” statue of the hero in a possible future.

In this alternate timeline reality, Batman is the leader of a rebel group called “The Insurgency”, which opposes the dominance imposed by an evil version of Superman, controlled by the villain Darkseid. Alerted by the Flash, as he travels to the past, and with the help of a time machine called the cosmic treadmill created by Cyborg, Batman must use all his intelligence and detective skills to understand his sprinter friend’s message to change that line temporal and save the future.

The alternative version of Batman as a rebel leader in the parallel plot presented in the Justice League movie in director Zack Snyder’s version, captivated the audience and is already available for Pre-Order, will have its stylized statue in the MiniCo line to add to the collection that, increasingly captivates new collectors and fans.