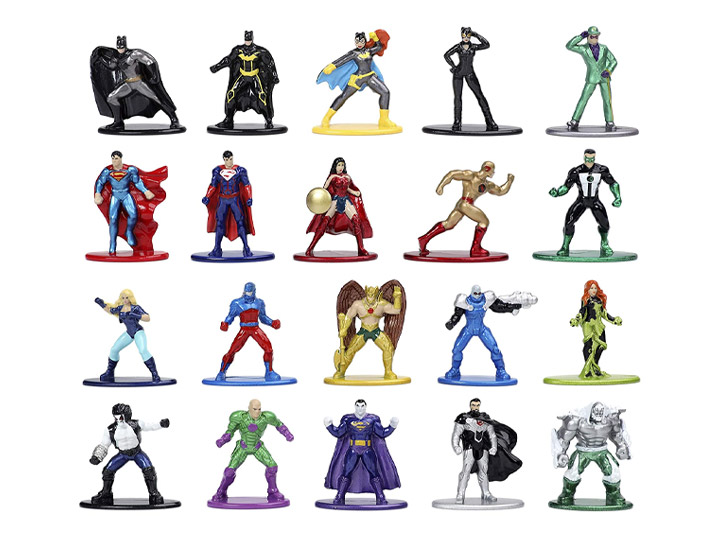 Jada Toys has released details for wave 4 of their DC Comics Nano MetalFigs as packaged in a twenty-pack. Out of the twenty characters included seven of them are Batman Universe characters. They include Batgirl, Catwoman, Riddler, Mr. Freeze, Poison Ivy, and two different versions of Batman. Each figure measures about an inch and a half. All of the figures come packaged in a window box, showcasing the characters inside. It is priced at $24.99 and is expected to ship in June 2021. You can preorder the set over at Entertainment Earth.

Bring the action home with your favorite heroes and villains from the DC universe in Nano size! Featuring authentic character likeness, this Wave 4 pack of 20 die-cast figures are sure to stand out in any collection.