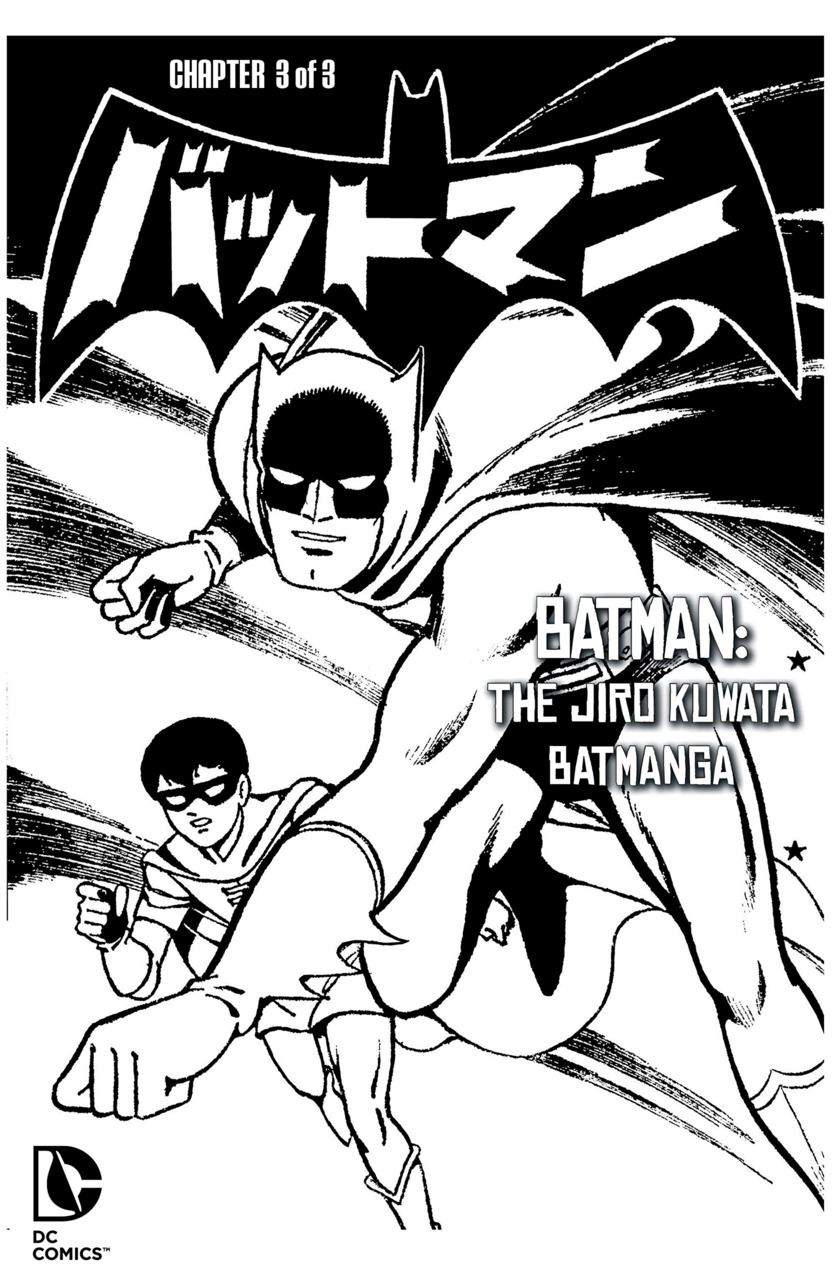 This current run of the Batmanga has been full of ups and downs. Unfortunately I am here to tell you that the current chapter is a lot closer to a down. I am still baffled at the manner in which Jiro Kuwata can go from great to mediocre in the span of a single chapter. In this issue, Kuwata again proves that capturing the essence of the ’66 television show is easier said than done. I can easily see what he is trying to do; however, the result is less than desirable. Thankfully, this is the last chapter in the current story arc and if the universe is fair we will be moving on to greener pastures.

The story picks up with Batman still in the clutches of the mechanical hand being controlled by the still mysterious Arab. Although I have not always enjoyed his storytelling, Kuwata consistently does an amazing job of placing the dynamic duo in the most comedic of life-threatening situations. Unfortunately this brief homage to the ’66 television series was the best part of this chapter. The remainder of the issue lacks any real substance and leaves a lot to be desired.

The remainder of the chapter follows Batman and Robin on an adventure that would be a better fit for Scooby Doo and the members of Mystery Incorporated. Nothing was quite as ridiculous as Batman proclaiming to the Arab “the hand is on the other foot.” Even at his absolute campiest, I never imagined I would hear the Dark Knight utter such nonsensical babble. Almost as if to top his own nonsense, Batman requests a drum roll before unmasking the Arab. In regards to dialogue, this is Batman at his absolute worse. The chapter wraps up with Batman being crowned the king of the masquerade parade. Vicki Vale and Robin are proudly by his side as his respective queen and prince.

If there is one thing that has been consistently enjoyable in this series it is Kuwata’s art. Although the story this week was absolute nonsense, every panel in the book was beautifully inked. The action sequences were particularly enjoyable artistically, even if they were laughable contextually. As a collected work I am still uncertain if I would recommend the Batmanga to a fellow follower of the Bat. However, with a little less than half of the chapters still left to read I will wait until the end to make my final recommendation. Let’s just hope that with the start of a new story arc next week we see Kuwata’s work take a turn for the better.