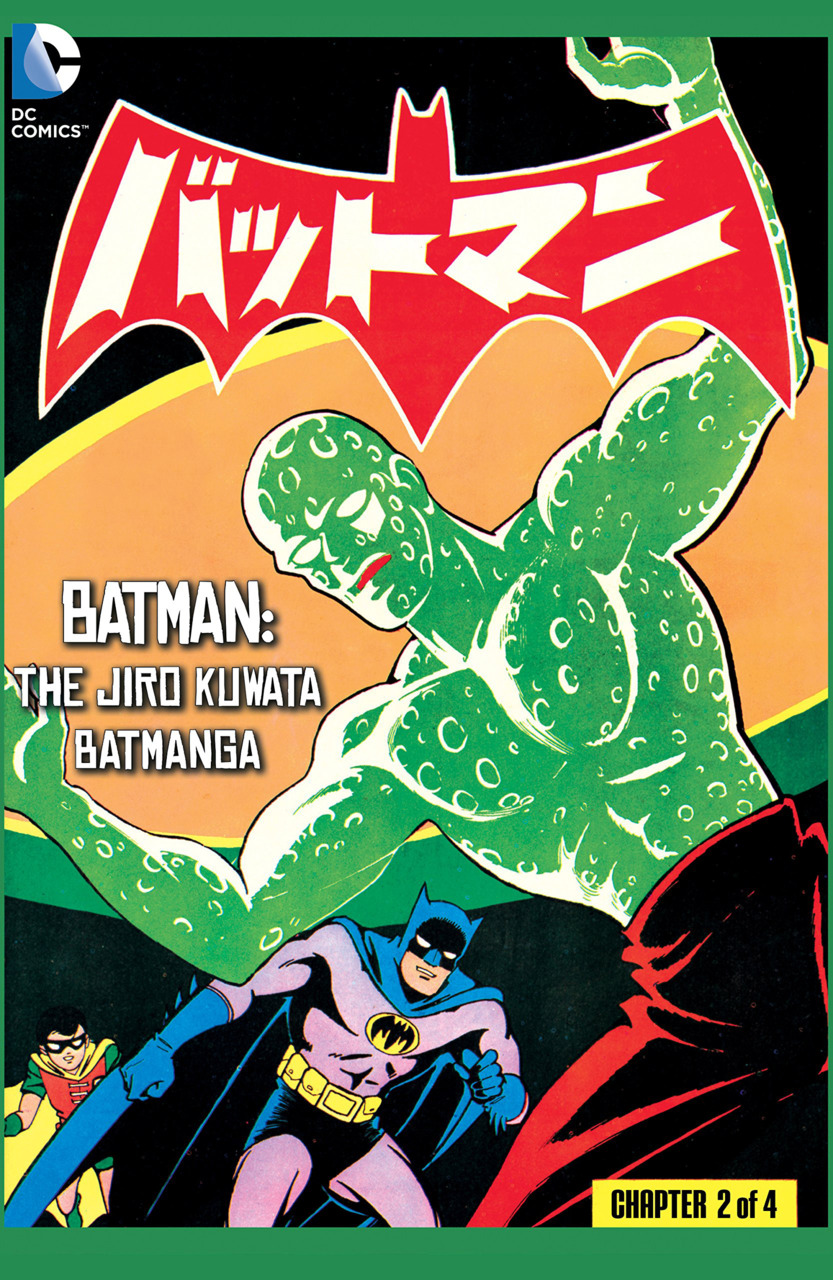 This is the second week running that I have been thoroughly impressed with the story Jiro Kuwata has presented. Although the opening sequence was a little difficult to follow, as a whole this chapter into the Batmanga is stellar. Compelling plot twists coupled with just the right amount of self awareness make this story feel like it was pulled straight from the script of the ’66 television series. Although this is a homage to the TV show, Kuwata adds just enough of his own personal touch to make it feel wholly original.

The story opens immediately following the events of chapter #31. The newly revived Alfred seems to have undergone a horrific change and is now determined to see the demise of the dynamic duo. For the time being, Crawford has also been dramatically changed, his fate uncertain. Most of the issue is spent watching the pieces of the changed Alfred’s plan falling into place.

I thoroughly enjoyed the panels in which Alfred was describing the many mechanisms that make up the Batcave. Specifically, hearing Alfred recount that the Batmobile is nuclear powered continues to evoke laughter as I type this sentence. The idea that Batman would keep a nuclear reactor in the Batcave is an idea so preposterous that it could only work in this series.

The issue wraps up with an unidentified truck delivering wax figures of Batman and Robin at the doorstep of Wayne Manor. Bruce and Dick seem truly perplexed as the wax figures are animated and give our heroes the warning that they will both be dead within twelve hours. This is a great setup for the coming issue and I will be patiently awaiting its release in the coming week.

This week Jiro Kuwata did an amazing job continuing his current entry into the Batmanga. Although this book was written over forty years ago, it still feels very relevant and stands as a homage to the silver age of the Dark Knight. Kuwata’s storytelling has not always been great, however, the art in this series has been consistently brilliant, and this chapter is no different. Every panel is exquisitely drawn, perfectly capturing the essence of manga in the late 1960’s. This story arc would be a perfect jumping on point for any Batman fan and I can’t recommend it highly enough.