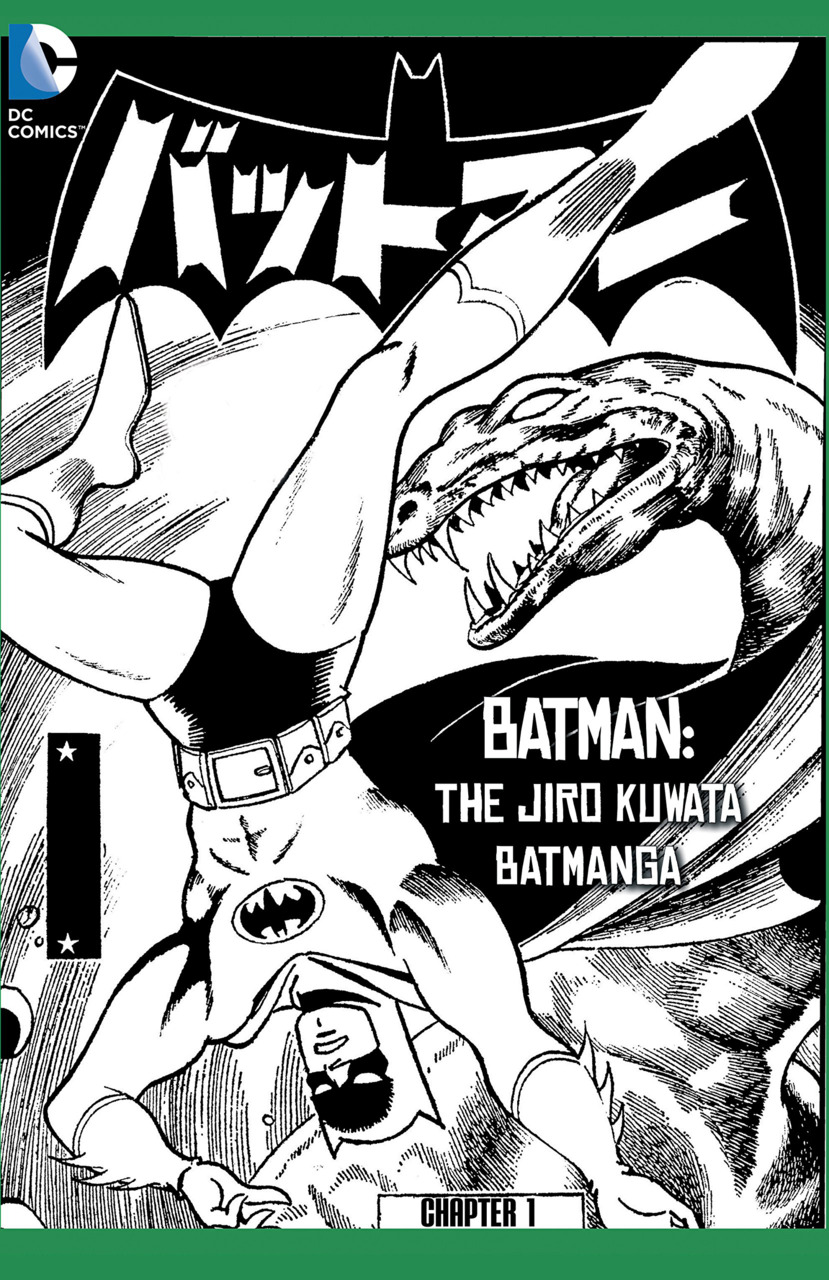 Welcome back to the ’60’s Bat-fans! This week brings us the first chapter in The Monster of Gore Bay Batmanga story arc. Coming off the heels of the Outsider story, this next story arc has some big shoes to fill! The good news is that the first entry in this story was very enjoyable from start to finish. This is a very lighthearted chapter that showcases the Dynamic Duo in situations that scream ’66 television series. Needless to say, it stands as a testament to Kuwata’s ability to write and illustrate Batman and Robin in a wide array of situations.

The issue opens with Dick pleading with Bruce to take a night off and head to Gore Bay to try and catch a glimpse of a monster that has recently been reported by the citizens of Gotham. Bruce reminds Dick that Professor Chan is still missing and Spence and his gang of criminals are still at large. In other words, Gotham is in dire need of the services of Batman and Robin.

While on patrol, and distracted by conversation, the Dynamic Duo almost crash the Batmobile and inadvertently cross paths with Professor Chan’s daughter. She informs them that she has a letter that was mailed to her, presumably by her father, indicating that the Spence gang had kidnapped him. I always find it entertaining how tongue-in-cheek this series can be. For all of these events to transpire in the manner they do is highly unlikely, however, in this context is makes for a very fun read.

Batman and Robin continue their search for professor Chan based on a map that was drawn on the bottom of the letter the professor sent to his daughter. Upon arrival at the location, Professor Chan is nowhere to be found, however, our heroes find a note with only the words, the monster of Gore Bay. The handwriting is similar to the writing on Professor Chan’s letter, prompting the Dynamic Duo to investigate further.

This is where the story takes a turn for the truly ridiculous. Batman encourages Chan’s daughter to seek out Bruce Wayne as a potential source of transportation to Gore Bay. She agrees and makes her way to Wayne Manor. There is a panel in this sequence that showcases Wayne Manor, and wait for it………..its shaped like a bat! Let that sink in for a second. I say again, Wayne Manor is shaped like a bat. This can only work in Kuwata’s series. For a character that prides himself on hiding his true identity, shaping your home like your crime fighting alter ego, seems like a gross oversight.

The issue wraps up with Batman, Robin, and Chan’s daughter landing a private plane on the water of Gore Bay. Upon their arrival they realize that the mysterious creature is stalking them just below the surface. This issue was lighthearted, fun, and full of homages to the ’66 television show. I look forward to the next chapter and seeing where Kuwata takes this story.