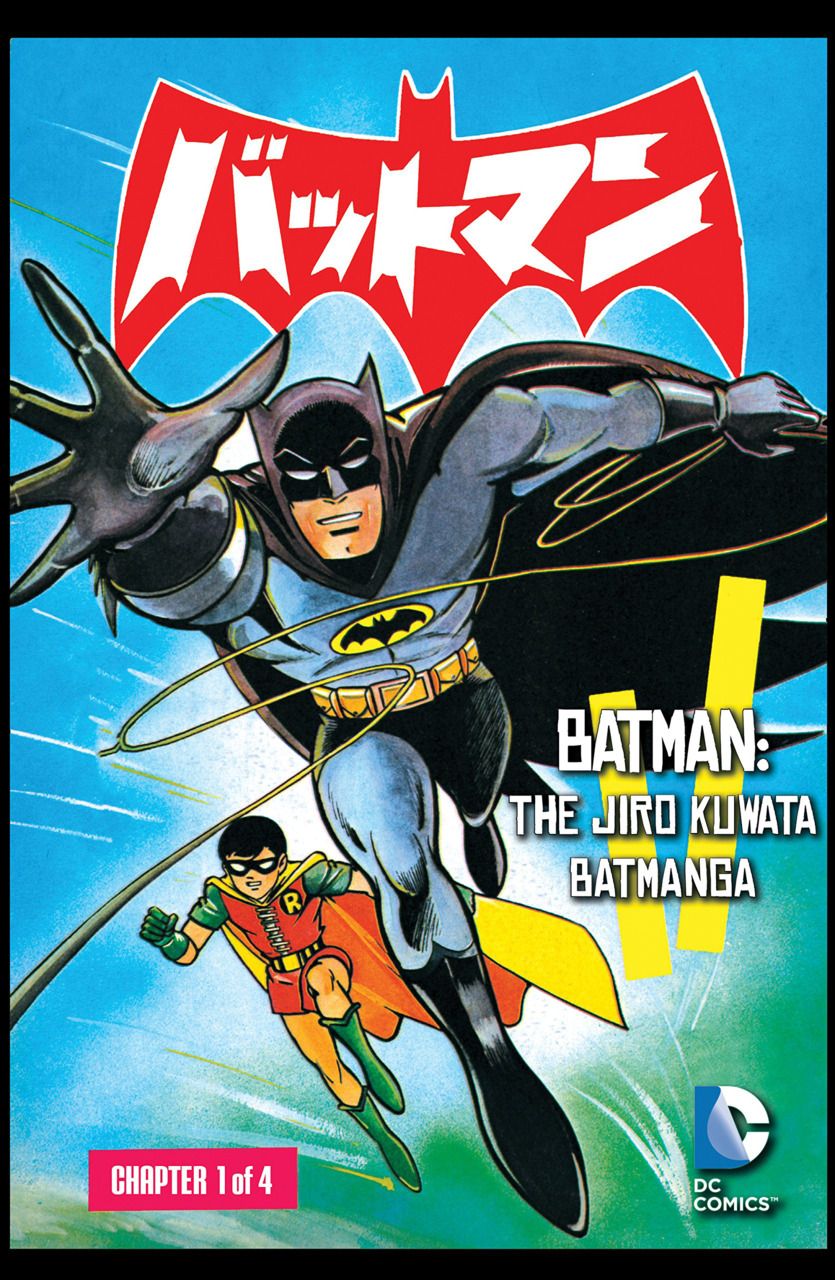 One of the primary elements that I enjoy about the Jiro Kuwata Batmanga is that we are offered fantastic story arcs in a relatively short amount of time. This week’s issue is the first of a four part series in which the dynamic duo will go toe-to-toe with the fan favorite, Clayface.

In panel one we are greeted with the dynamic duo doing what they do best, patrolling the streets in search of evildoers that might wreak havoc upon the people of Gotham. In these opening panels, Kuwata is able to fully capture the essence of the American Batman television series. It is clear that he held this program in high regard and treated the subject matter with the reverence that a pupil might have for their master. It is this admiration that makes Kuwata’s Batmanga a must read for any Batman fan.

Batman and Robin quickly learn that Ferris the phantom thief, better known as Clayface, has recently escaped from prison. However, the dynamic duo currently has the upper hand due to the fact that Clayface is currently without his shape shifting abilities. The search for Clayface lands the crime-fighting pair at the location of Clayfaces’s source of power, a meteor crash site. Although Clayface is nowhere to be found, we are introduced to Professor Zone.

Professor Zone has spent much of his time researching the alien liquid that gave Clayface his superhuman powers. Kuwata does a great job bringing secondary characters to life, even if they are stereotypical archetypes. Unknown to Batman and Robin, Ferris overheard their conversation and is now en route to Zone’s lab in search of the material that will once again transform him into his criminal alter ego, Clayface.

Kuwata uses the following pages to display his ability to effectively write for characters other than Batman and Robin. The dialogue between Ferris and Professor Zone is executed like an elaborate dance between two like minds. However, the primary focal point of the struggle is the extraterrestrial material that allows the user to adopt shape-shifting properties. The struggle does not end as one might anticipate. After a stunning turn of events, Ferris’ experiment gone wrong results in a new Clayface being unleashed upon the streets of Gotham.

With his new powers in tow, Clayface quickly descends upon the people of Gotham City in search of monetary gain. We leave this issue with Batman and Robin standing face-to-face with an enemy they have never faced before.

Will the dynamic duo be able to thwart the plans of a madman bent on criminal wrongdoing? Expertise, wit, and determination may be the only hope Batman and Robin have in order to defeat the mighty Clayface.

Jiro Kuwata’s Batmanga is quickly becoming one of my favorite imaginings of the Dark Knight. Brilliant art and storytelling make this a series that is on par with some of the greatest Batman stories ever told. Take it upon yourself to ensure you don’t miss these spectacular adventures of Batman and Robin.