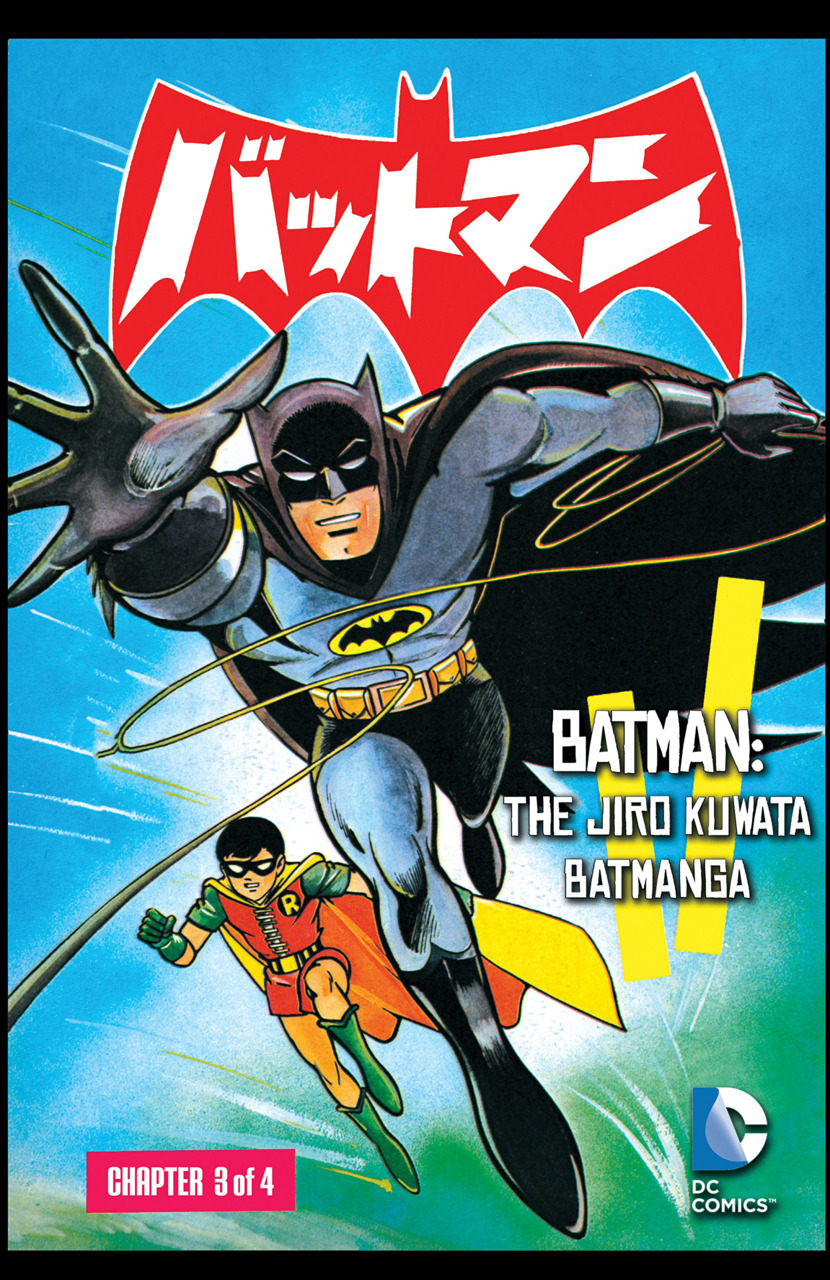 “Slugfest” would have been a very fitting title for this week’s entry into the Batmanga. Jiro Kuwata steps back from the dialogue this week and paints a beautiful portrayal of Batman and Clayface going toe-to-toe. The artwork captured in these panels is gorgeous. Using lines of direction gives the pages a sense of impact and impressive livelihood. Like the Titans of Greek mythology, Batman and Clayface appear to be battling on a scale most grand. Kuwata uses this opportunity to play with the malleable nature of Clayface, posing him as a ghost bat and beetle. Although it seems that it would serve Clayface better to take a more powerful form, it was fun to see these changes over the course of the fight. Unable to defeat his enemy, the rest of the issue is spent with Batman deducing Clayface’s motives and devising a plan to stop his fiendish foe.

There are many staples in the Batman mythos that are rarely debated and often accepted as gospel truth. Although some of the trivial details may change, the core ideas have remained the same. For instance, Batman’s parents were killed outside of a theatre as a young Bruce Wayne watched on in horror. The first Robin was Dick Grayson, another young man who saw his parents murdered. These ideas, along with many others, are the cornerstones of the Batman universe and are rarely deviated from. However, there is one principal that I believe stands above the rest and is the core of the Batman character. Batman doesn’t kill people.

It is this principle that separates Batman from the villains he consistently finds himself pitted against. This idea keeps him from becoming the monster that he fights so hard to keep off the streets of Gotham. Without this moral compass guiding his actions, Batman would be reduced to mere executioner. Needless to say, this thread of morality that runs through the Batman series is why many readers view the Dark Knight as a hero as opposed to a mercenary.

I was shocked in my reading of the Batmanga to see Batman, at the prompt of Robin, entertaining the idea of just grabbing a rifle and shooting Clayface. It is only the idea of bullets bouncing off of Clayface’s hardened exterior that prevents Batman from following through with this plan.

The idea of Batman shooting a criminal with little to no regard for their life feels cheap and ill contrived. This may have been more common during this era, however, as a lifelong Batfan, it feels like a gross misuse of the Batman character. Am I overreacting? Maybe. However, without these founding principles, we would not have the current Batman that we know and love.

With only one issue remaining in this current story arc, it will be interesting to see how Batman decides to deal with Clayface. Lets just hope that Batman chooses wit and morality as opposed to staring down the barrel of a rifle.