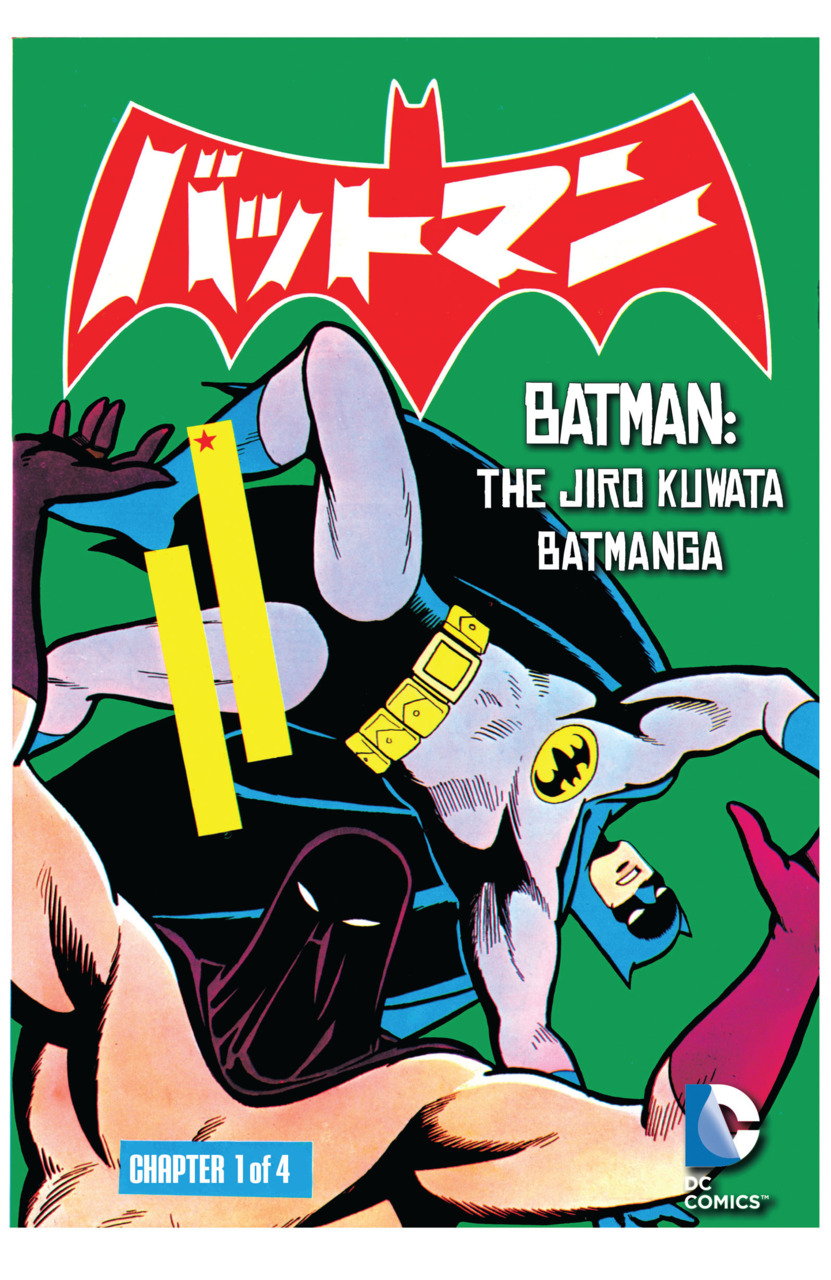 Hello Batfans! I am thrilled to inform you that this week marks the beginning of a new story arc in Jiro Kuwata’s Batmanga! Coming off the anticlimactic Clayface story, I am looking forward to seeing Batman and Robin go toe-to-toe with a new villain. In this case we see the dynamic duo facing off against the Hangman, a dirty professional wrestler with a knack for crime.

I have posed this observation in earlier reviews but I feel it necessary to again remind the reader that you must view this series through the lens of the ’66 television show. Not approaching this series in this manner makes it appear as rubbish that makes little to no sense in the Batman mythos. However, in context, this series is ripe with satire and a wealth of humor that will appease the inner Batfan in all of us. Now that we got that out of the way, on with the review.

The issue opens with Bruce Wayne and his ward, Dick Grayson, attending a professional wrestling match. Yes you read that correctly. In their off time our favorite pair of crime fighters like to enjoy the splendor that is professional wrestling. In this instance, Kuwata is setting up the villain for the remainder of the story arc; however, this single event may be the most ludicrous situation our heroes have ever been in. We are introduced to the Hangman as a diabolical figure, which directly foreshadows the remainder of the story. If this isn’t comical enough, Dick’s insistence that they investigate the identity of the Hangman solidifies the strong influence of the ’66 TV show.

The remainder of this issue is relatively bland. Kuwata uses the same unlikely circumstances he has used in the past to lead the reader along a very linear path. Again, without the context of the period in which this was written, the narrative seems childish in nature. In the end we see Batman and Robin coming face-to-face with a new threat on Gotham City. This is the first in a four-part story arc so I will make my final judgments as we approach the culmination of chapter #27.

Jiro Kuwata does an amazing job of capturing the Batman mythos that was alive and well at the end of the 1960’s. Furthermore, he was attempting to bring the Dark Knight to a country that only knew Batman through crude voice over acting. I commend him for his efforts. However, the Batman fan base has always demanded their hero to be held to a certain set of standards that exemplify truth, justice and unmatched detective skill. I hope that as we move forward we see more of the latter in Kuwata’s writing.