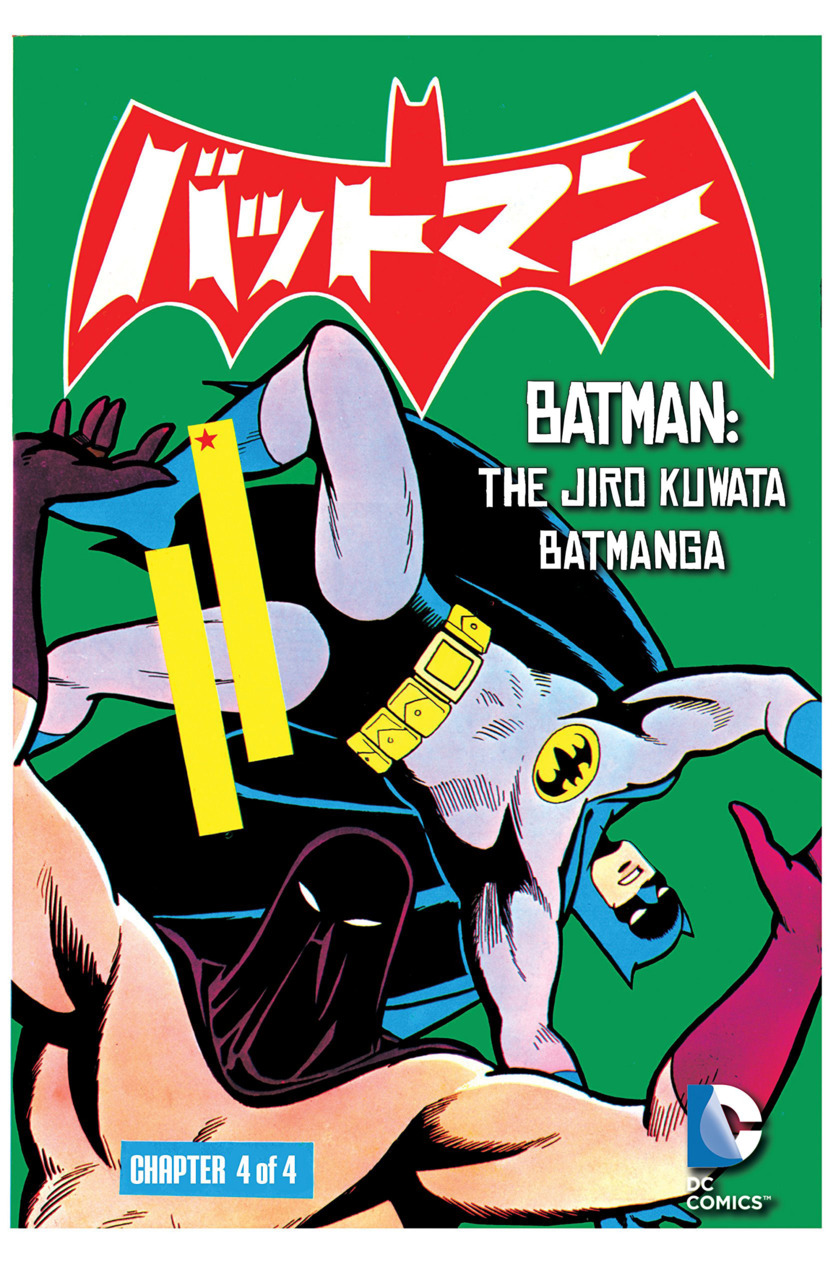 Well Batfans, this is it! The conclusion of the Hangman storyline Kuwata has been taking us on over the course of the last four issues. Like the three previous chapters in the Batmanga saga, we are given a conclusion rich with detective prowess and thought-provoking character exploration. This chapter in the Batmanga is a distinct reminder of Batman’s ability to stand the test of time and stay relevant across cultural boundaries.

The chapter opens with the boy wonder trapped in the trunk of a car that is quickly sinking to the bottom of Gotham harbor. There is nothing new about Robin being trapped in an apparently dire situation and Batman coming to his rescue with only moments to spare. However, the manner in which Kuwata handles these situations is noticeably different that the source material from which he draws inspiration. Although Kuwata was heavily influenced by the ’66 television show, his material is frequently much darker in tone and thematic elements. I enjoy these breaks from the tongue-in-cheek nature of the series and feel it gives the Batmanga a grittiness rarely seen in books from the same era.

After the rescue of Robin we follow the pair of crime fighters as they use their skills in deduction to further identify the Hangman. Batman quickly realizes that his wit will only take him so far and that in order to find answers he must challenge the Hangman to a match in front of the citizens of Gotham. Kuwata uses some stunning line work in these panels to showcase the viciousness of the fight between two of Gotham’s most skilled combatants. The match ends with a victorious Hangman removing the cowl of Batman. However, as the reader will soon learn, things are not always what they seem. I will avoid spoilers here but will say that this was a very cool sleight-of-hand on the part of the Dark Knight.

The chapter ends with Kuwata again revisiting the idea of suicide. Kuwata handles this subject matter that is very organic and demands a very real reaction on the part of the reader. The dialogue between the Hangman and Batman illustrates the human condition and the desire to achieve fame in order to garner self worth. Philosophers have long studied the inner working of the human mind and the final three pages of this book would be a great case study.

Although I have only been reviewing Kuwata’s work for a short time, I am learning quickly that he often ends his story arcs with the death of the villain. It would be interesting to see Kuwata explore the impact that these deaths have on the psyche of both Bruce Wayne and Batman. Although this idea may never come to fruition, I am excited to see what the next entry of the Batmanga has in store. So tune in next week kids as we ride along with the dynamic duo in their fight against the evildoers of Gotham City!