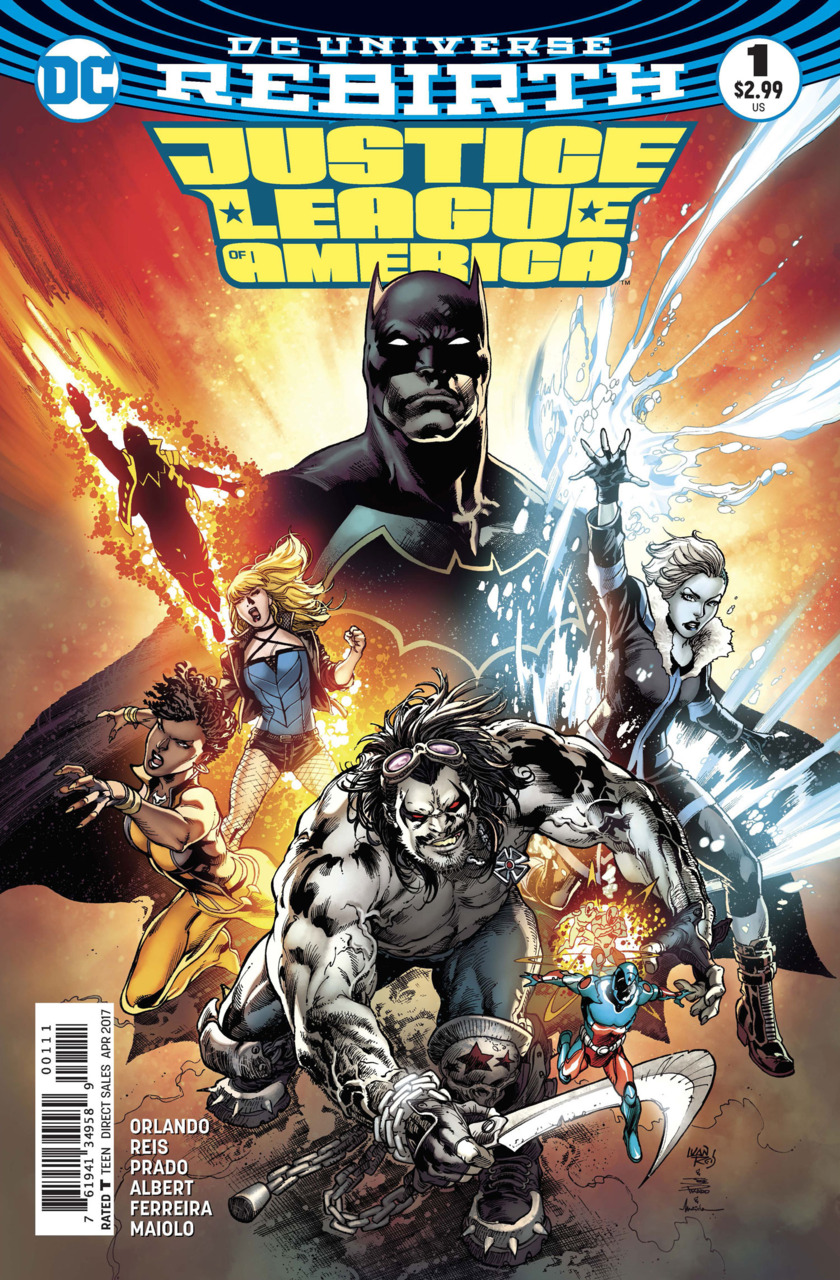 The story opens with Batman and Vixen over the rooftops of Gotham talking about how the JLA was formed to inspire people, not watch from above.  Meanwhile in the City of Vanity, Black Canary and the Ray stop a fire, while in the Pacific Ocean, Lobo is fighting off a group of what look like fire breathing trolls.  We then cut to the Atom and (Not so Killer) Frost at the Sanctuary speaking while Atom fixes the Troublert, a program to scan news feeds to alert the JLA when they are needed. And where they are needed appears to be Saratoga, New York where Lord Havok and the Extremists, who announces that he’s come to “save” the world. The team gets alerted and teleports into the chaos of the Extremists causing destruction while Lord Havok talks about establishing order by taking away freedom. The JLA arrive on seen and the fight is on.  Lord Havok grabs the Atom by the throat and says that he needs to kill him to send a message and the issue ends with Batman telling Lord Havok to take him instead.

After what essentially amounted to a roll call in the previous Rebirth issues it’s time for the JLA’s first Big Bad.  Orlando does a good job of keeping things simple.  Here’s the team. This is their mission statement and now let’s send them off on their first adventure.  Orlando pulls from pretty deep into the DC villain bench for Lord Havok and the Extremists is an interesting choice for a first villain (if I’m being honest I’d never heard of them before this issue and had to google them).  Batman’s mini speech to Vixen at the beginning about inspiring people to be heroes seems to be very much at the core of the villain choice here with Lord Havok’s speech about getting rid of people’s freedom acting as a counterpoint.  Like with most philosophical debates in comics, it will probably come down to the two teams punching each other, but it’s still a nice touch.

On the plus side, Orlando delivers on the characters of the story.   He seems to have a good idea of who these characters are and gives everyone a quick character moment before moving forward with the story.  Frost is looking to be a standout character in this series as the reformed villain.  It’s still strange to read Batman as a hopeful and inspiring figure, but given that he’s the leader of this team, it’s a character choice that makes sense in the context of the story.

Ivan Reis’ art is a stand out of this issue.  Reis handles the character moments and the action well.  I like that his style manages to be detailed and dynamic without being overly stylized or seeming like a Jim Lee clone.