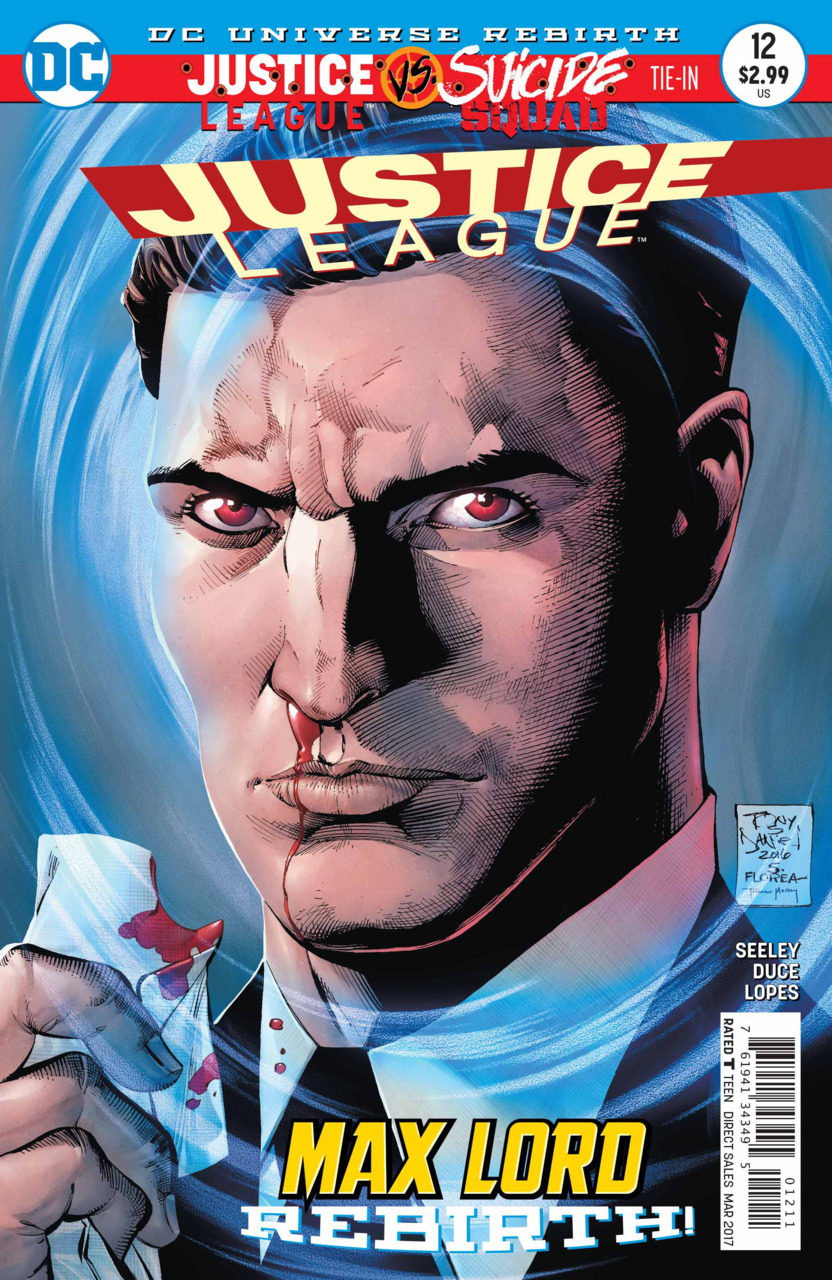 The story is set before the events of Justice League vs Suicide Squad, where Amanda Waller is interrogating Maxwell Lord, who is explained to be the head of Checkmate and is in custody for some reason. The story then flashes back threedeadshot,  days to Waller punching out Lord for derailing one of her trains and has Deadshot arrest him.  Waller continues the interrogation going into Lord’s background in espionage and his father, a pharmaceutical magnate before flashing back to  Lord as a youth speaking to his mother after his fathers death and the implication that Lord’s mother killed her father because he was weak. She tells Lord to not let compassion get in the way of necessity and mentions Lord having nose bleeds and hearing voices. The flashbacks continue with Lord showing up during the Parademon invasion in Justice League #1 and his agency being derailed with the rise of ARGUS after the Justice League is formed. The interrogation is cut short with Lord revealing he can make people to do his bidding (think Jedi mind trick) and Lord escapes.  The issue ends with Lord vowing over his mother’s grave to wrestle control of the world from those who don’t deserve it.

So, here’s the problem with big events in comics.  Often times the editors will force books to interrupt what they are doing for some sort of tie-in book with varying degrees of success.  I’m not mincing words here. This issue is a dumpster fire.

The issues stumbles clumsily through an interrogation which doesn’t seem to have any point other than to give large amounts of exposition to the reader about the Rebirth version of Maxwell Lord.  Lord’s arrest is arbitrary and isn’t explained well and seems to be destined only to engineer his break out at the end of the issue.  Waller seems to be conducting this interrogation only to brag about how much she knows about Lord.  There is no real point to these scenes otherwise.   I understand they are just trying to find creative ways to introduce backstory but there’s no credible reason for these two characters to be in the same room together having this conversation.

Tim Seeley’s dialogue is clunky and feels like it was done without any care to make anyone sound like a real person.  The whole story feels like a first draft without any revisions. Seeley has done much better work, pretty much anywhere else and his writing here is disappointing.  This assignment was clearly thrown at him by DC Editorial and comes across as a rushed filler issue.

This issue is a waste of time and your money.  If you haven’t bought it yet don’t waste your time.