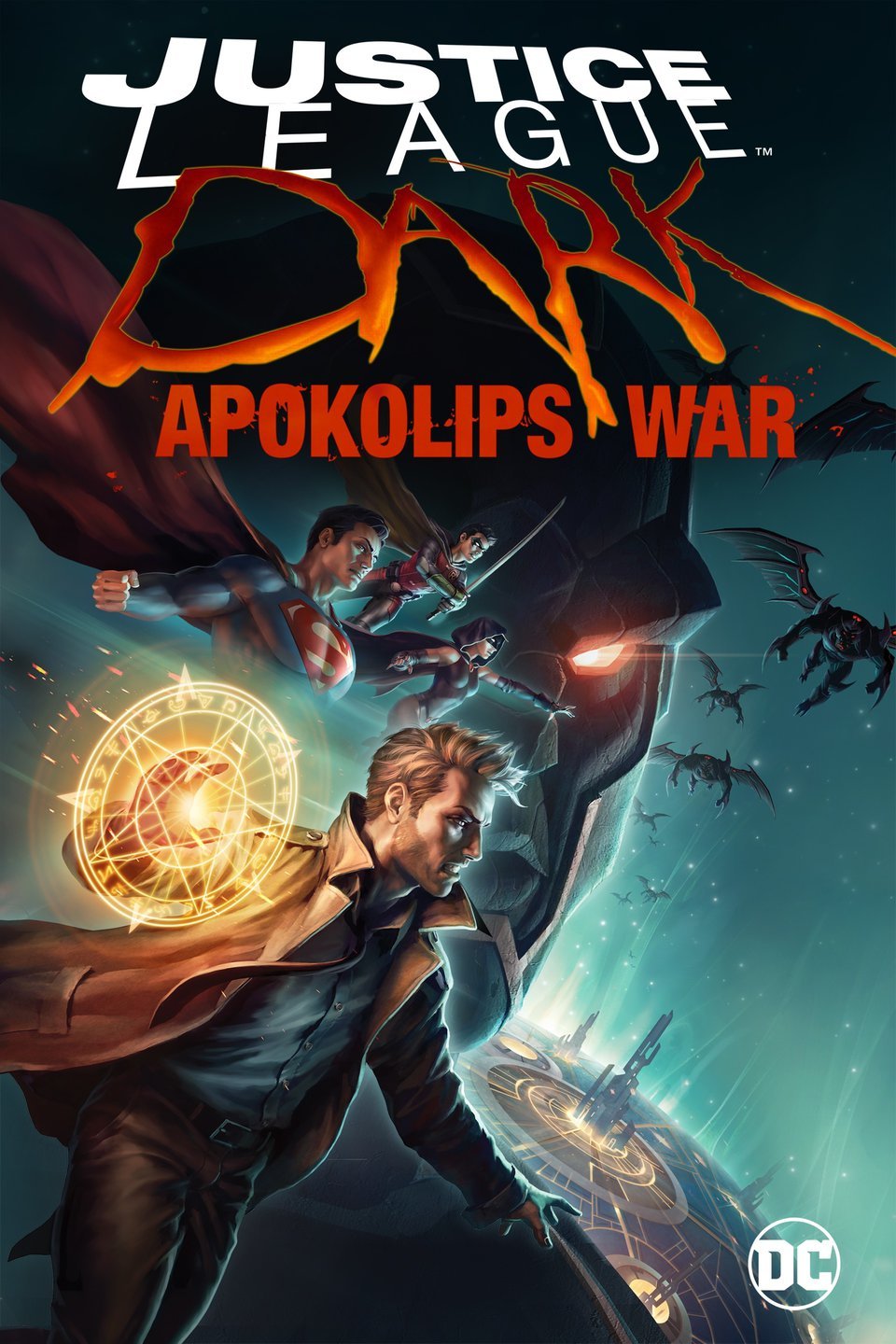 Synopsis (provided by Warner Bros.): Culminating a six-year animated journey that began with the release of Justice League War in 2014, Justice League Dark: Apokolips War finds Earth decimated after intergalactic tyrant Darkseid has devastated the Justice League in a poorly executed war by the DC Super Heroes. Now the remaining bastions of good – the Justice League, Teen Titans, Suicide Squad and assorted others – must regroup, strategize and take the war to Darkseid in order to save the planet and its surviving inhabitants. This is truly the war to end all wars, and only the victor will live to enjoy the spoils.

Analysis (mild spoilers ahead): In what has been marketed as the final film in the connected DC Animated Universe series, the film opens with the Justice League, Justice League Dark, and Teen Titans mounting a final assault against Darkseid.  The Justice League is overwhelmed, and the film then flashes forward five years to the fallout of a post-apocalyptic world where the planet is days from destruction.  The film then follows John Constantine, Superman, Lois Lane, Raven, and Damian Wayne as they mount one final last-ditch effort to set things right.

The title Justice League Dark: Apokolips War doesn’t feel quite fitting for what the movie is trying to do and seems due to the fact that the lead character in the film is arguably John Constantine, in that he is in almost every scene and his abilities factor heavily into the majority of conflicts in the film. On an emotional level, the film is far more concerned with Raven as she struggles to contain her barely imprisoned demon father and Damian Wayne reconciling his relationship with his own father. There is also a relationship between Raven and Damian hinted at throughout the film.  There’s a bittersweet quality to this relationship that grounds the film in a way that makes it stand out.  There is a “greatest hits” quality to the film that has it jump around and try to hit every major character and tie up every outstanding plot point from the previous connected films in this series, and the Raven/Robin subplot in the story gives the film some much-needed quiet moments.

The film features Superman fairly prominently, but without going too deep into spoiler territory, the character is dealing with some consequences from the failed mission to Apokolips and is not the powerhouse that he used to be.  The rest of the Justice League are suffering similarly horrific fates in the story that takes them off the playing field.  The story takes some cues from Geoff John’s Darkseid War and has Batman bound to the Mobius Chair and a minion of Darkseid.  The reveal of Wonder Woman’s fate is effective and well handled.

The film opens with a quote from Justice League: Flashpoint, which telegraphs pretty hard how this version of the DC Universe is going to wrap up.  The problem is that they don’t get back around to that idea until late into the third act, and at that point it feels like an afterthought.  If the idea was to reset the entire universe, then it should have been the point of the movie.  As it stands it feels like the story is building to a massive “do-over” which robs the ending of any real significance.

The action in the story is well-staged, particularly the main characters facing off against Darkseid’s new “Furies” in the final act of the film.  That being said, there was a noticeable dip in the quality of the animation from the previous films.  There were many scenes that relied on moving the camera across a still image as opposed to actual animation, which seems to be a sign that this was a more budget-conscious project than the previous films, which I can’t help but wonder if it was a consequence of the larger voice case.

The voice cast puts in some solid work, particularly Taissa Farmiga’s Raven and Stuart Allan’s Damian Wayne.  Matt Ryan returns to what has become a signature character, to the point that when they eventually bring the character back with another actor, it’ll take a moment to adjust. After a similar period of adjustment, I came to quite enjoy Jason O’Mara’s take on Batman, particularly in Batman: Hush, and here he puts in decent work with what he is given.

Final Thoughts:  The connected DC Animated Universe films have been a fun experiment for Warner Animation but certainly had a few bumps in the road along the way. I don’t think even the best of the films in this series can touch the hem of Batman’s cape in previous projects like Under the Red Hood, but for the most part, they are just… fine. That’s pretty much where I come down on this last film.  I was entertained enough, but as the finale of a fifteen film arc, it falls pretty flat. Much like DC’s live-action films, I’m curious to see what comes next, which I suspect will be more of a focus on individual films.

Editor’s Note: Justice League Dark: Apokolips War is now available on Digital HD, Blu-ray and 4K. You can order your copy, and help support TBU in the process, by heading over to Amazon.