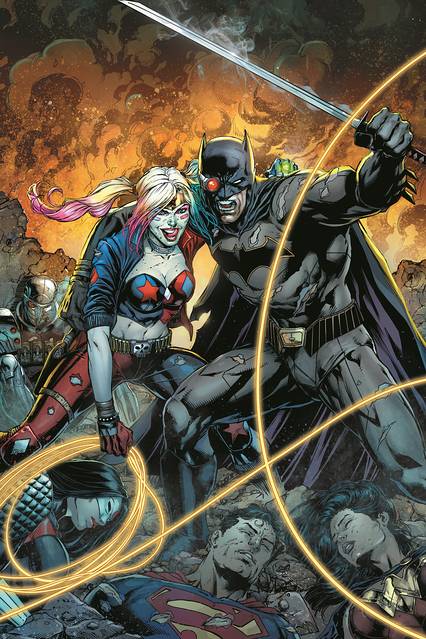 The Wall Street Journal has broke news on a major event coming to DC Comics this year. Justice League vs Suicide Squad will kick off in December and wrap up in January. The story will be spread across a six issue mini-series as well as three issues of each Justice League and Suicide Squad for a total of twelve issues.

The story is set to revolve around Batman questioning the need of Waller’s team in a world where the Justice League exists. The story will also give individual focus to other characters including Deadshot and the new addition to Suicide Squad, Killer Frost. But despite the team clashing, their will be a common enemy that they join to take down together.

The event is spearheaded by Joshua Williamson with art on the mini-series by Jason Fabok. We have also learned that Tim Seeley will be assisting on the Suicide Squad tie-ins as well.

Further revealed in the announcement was that a new wave of Rebirth titles are expected in February, some of which deal with the fallout of the event including the long awaited Justice League of America.