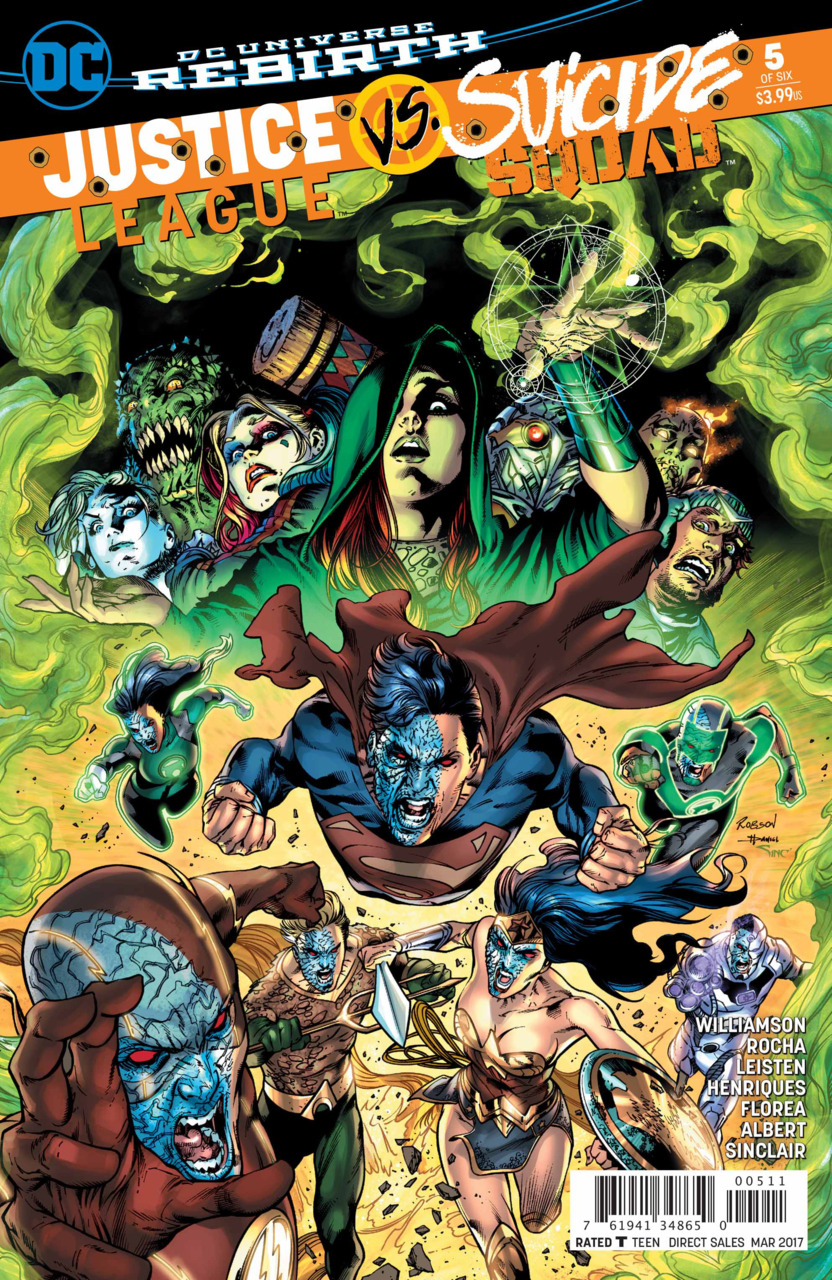 In Brief: Batman and Amanda Waller throw themselves against Maxwell Lord and the Heart of Darkness jewel.

Summary (Spoilers): The League, controlled by Maxwell Lord, takes over and solidifies the world’s defenses. Batman, Amanda Waller, and Deadshot are cut off from all resources underground. Mind-controlled Superman digs them out, and slaps Batman aside to deliver Waller to Lord. Lobo regenerates his head, and while Rick Flag and Katana join the team. Killer Frost, Killer Croc (there seems to be an abundance of people named “Killer” in this book), Harley Quinn, and Captain Boomerang attempt to contain a Lord-controlled Cyborg, though Vic’s backup plan uses the machine parts of him to restrain his human parts. Cyborg also informs the team that the evil jewel Heart of Darkness is trying to cause him to commit great harm. The team realizes that Maxwell isn’t controlling them because they have no powers, and are therefore no threat to the mastermind.

Meanwhile, Waller faces down Lord in the White House. Lord says his goal is peace and safety, but the Heart of Darkness is starting to overwhelm him as he uses it to maintain his grip on the League.

Batman reluctantly forms his team into the new JLA to take down the mind-controlled one. Waller forces Maxwell to see that he hasn’t created peace, but devastation. As the new and old Leagues clash on the steps of the White House, the true villain Eclipso reveals himself, and blots out the sun in tribute to his name.

In Depth: Writer Joshua Williamson provides strong humor in his characterization. The expected characters – Batman, Harley Quinn, Amanda Waller – get their moments, but some of the less prominent faces, like Killer Frost, get some shining characterizations as well. Robson Rocha provides decent pencils, but his work seems less polished than other examples of his work, possibly because of the truly ridiculous number of inkers (4!). The story is well handled for a crossover involving an enormous cast, and the sense of stakes are heightened by the dramatic opening and the historical references to the evil jewel’s effects on history.

Pick up/Pass? If you enjoy a good crossover, this one is competently produced.

In Conclusion: The penultimate issue of this crossover delivers a lot of fun lines and mounting stakes.