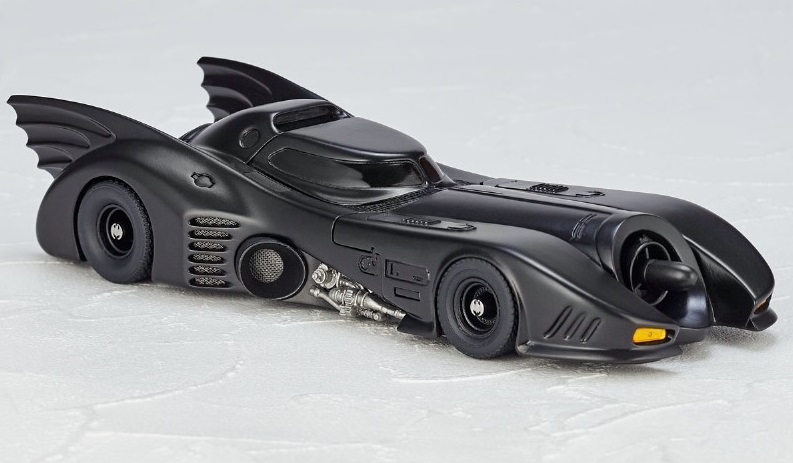 Kaiyodo announced a new Batmobile release based on the 1989 Batman film.  The Batmobile will measure 6.7 inches in length and features LED headlights and taillights.  It also features a sliding canopy to reveal the cockpit, as well as rolling wheels.  In keeping with the design from the movie it will come with removable machine guns, two turning hooks, a rotary stand and wings all made from PVC and ABS plastic.