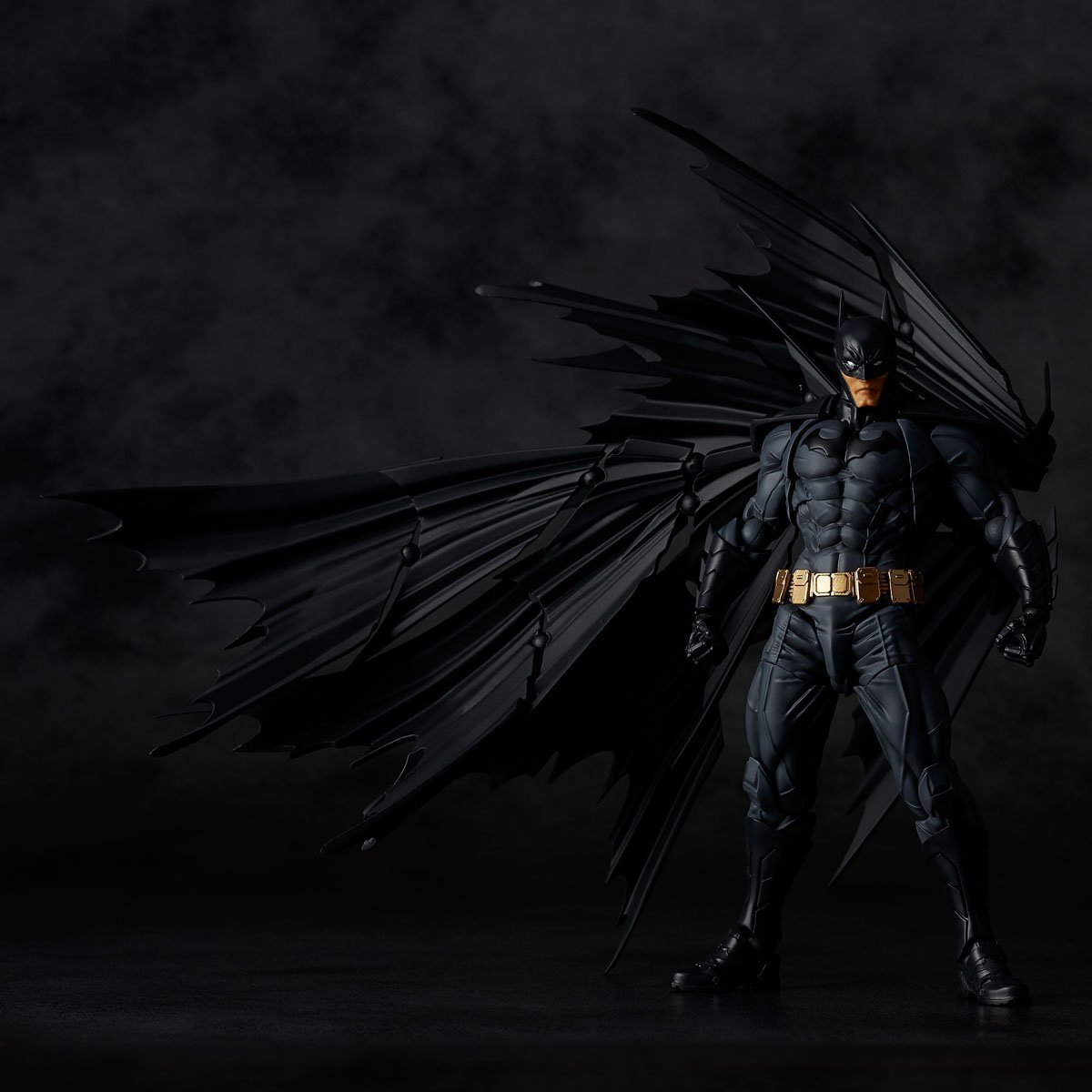 Kaiyodo has released new pictures of the upcoming Amazing Yamaguchi Revoltech Batman figure. The super articulated figure is the first DC figure as part of the line. The figure will include a variety of accessories, but most noticeably is the articulated pieces of cape which allows you to put in a multitude of poses. The figure is releasing in Japan in August and will retail around $70. No word on a release here in the states at this point.