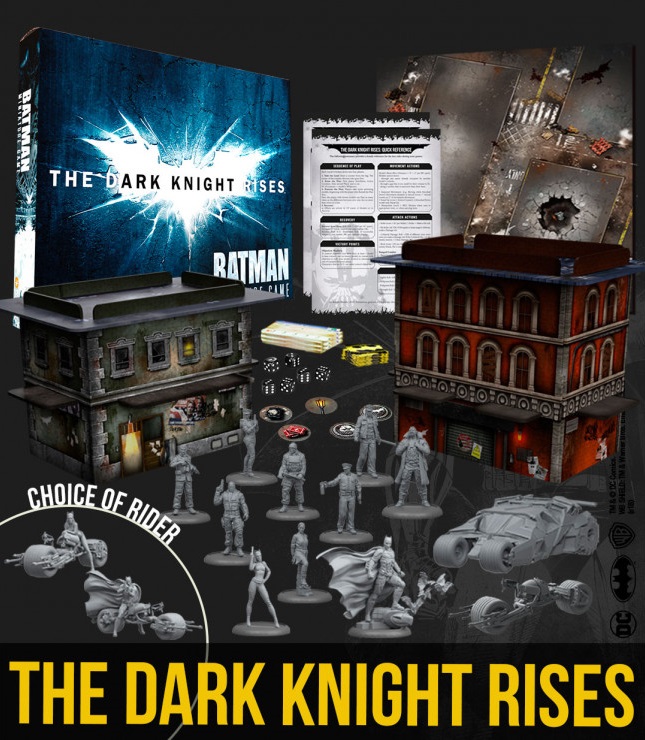 Spain-based model company Knight Models has already churned out some impressive content based on DC properties.  They aren’t slowing down because they have a new set coming based on the film The Dark Knight Rises. The boxed set retails at an impressive $150, but don’t let that discourage you until you know what all is contained within.  The box contains miniatures and playsets (granted, they are unpainted) for a two-player miniatures game. These 28 mm miniatures are very well sculpted and look to be wonderful collectibles for fans.  If you pre-order directly through Knight Models before May 1, an exclusive Alfred miniature is also included. Pre-order is available until May 1, 2019, with a general release slated for shortly thereafter.