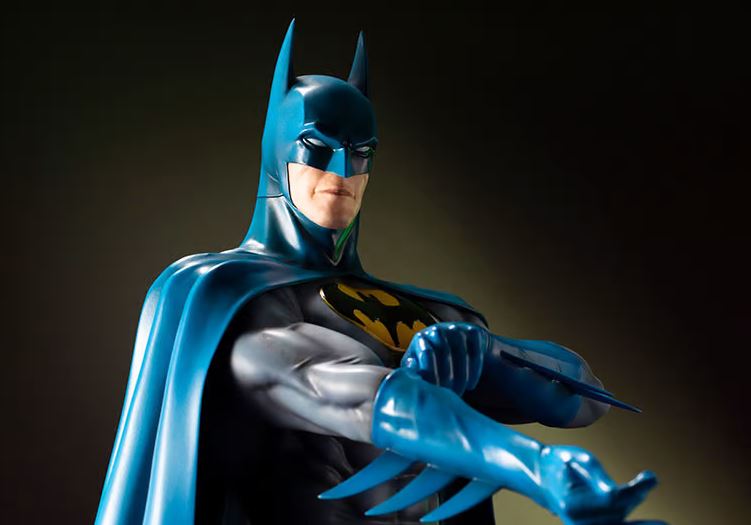 Kotobukiya has released details for their latest ARTFX statue, which features Batman based on his appearance in comics from the Bronze Age. The one-sixth-scale statue measures about twelve inches tall. The statue features Batman suiting up along with a magnetic base. It is priced at $159.99 and is expected to ship around June 2023. You can preorder the statue at either Entertainment Earth or Sideshow Collectibles.

The period from the 1970s to the second half of the 1980s was an important turning point in the history of American comics. Known as The Bronze Age, this era saw numerous superhero comics courageously shed light on the social issues of the period and its darker sides.

This statue is based on a legendary artist’s reinterpretation of Batman at that time in a photo-realistic style for a new generation of comic fans and is sculpted in the impressive size of a 1:6 scale.

This original scene captures Batman inside the Batcave before going into action; a pose worthy of a commemorative statue to celebrate his legacy. The base features a metal plate decorated with Batman’s chest logo that the statue attaches to with embedded magnets. It is a simple feature that allows for a high level of freedom.