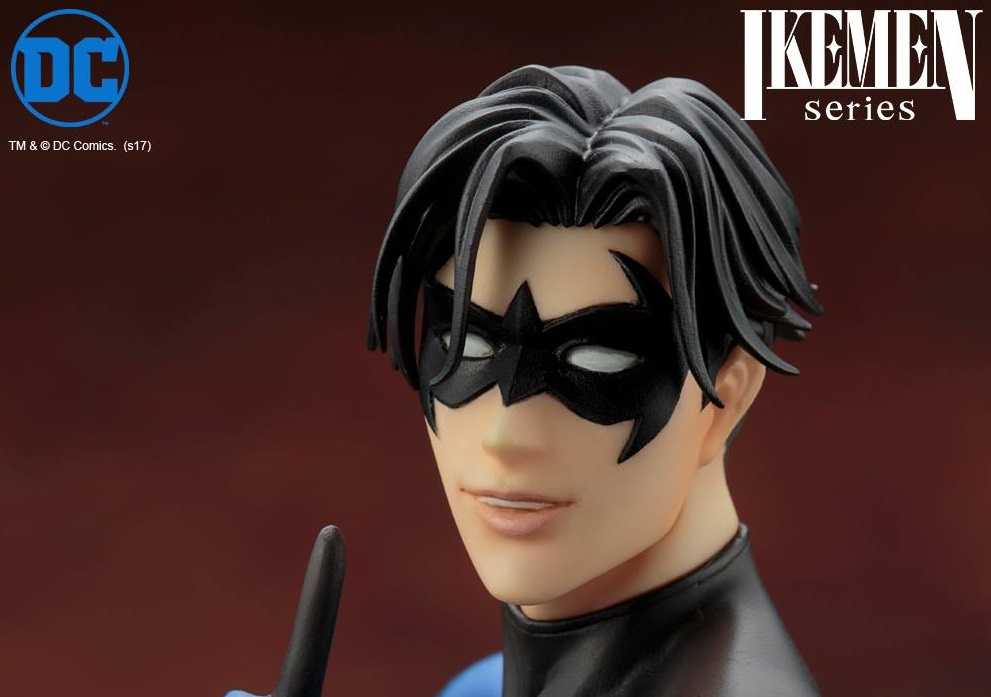 Kotobukiya has announced a new line of statues called IKEMEN, which loosely translates to handsome men in Japanese. The first statue will be one of the most handsome men, as some may argue, from the DC Universe, Dick Grayson as Nightwing. The statue will be priced at $79.99 and be available spring 2018. You can pre-order it here. Here are the official details.

Kotobukiya’s new statue series the IKEMEN begins with Nightwing! Similar to Kotobukiya’s popular Bishoujo series, the IKEMEN series is a lineup of popular characters re-designed by the famous Japanese illustrator, Ricken, into the Japanese Ikemen (handsome men) style! These PVC statues are perfect for display alone or alongside other Kotobukiya Bishoujo and IKEMEN statues!

Sculpted by the talented Naoya Muto, Nightwing poses with his finger to his lips as if asking you to keep his identity a secret. He comes with two interchangeable head parts so you can display him with or without his mask. The mask part he is holding is also removable. The statue will be priced at $79.99 with a release set for late March or early April 2018.