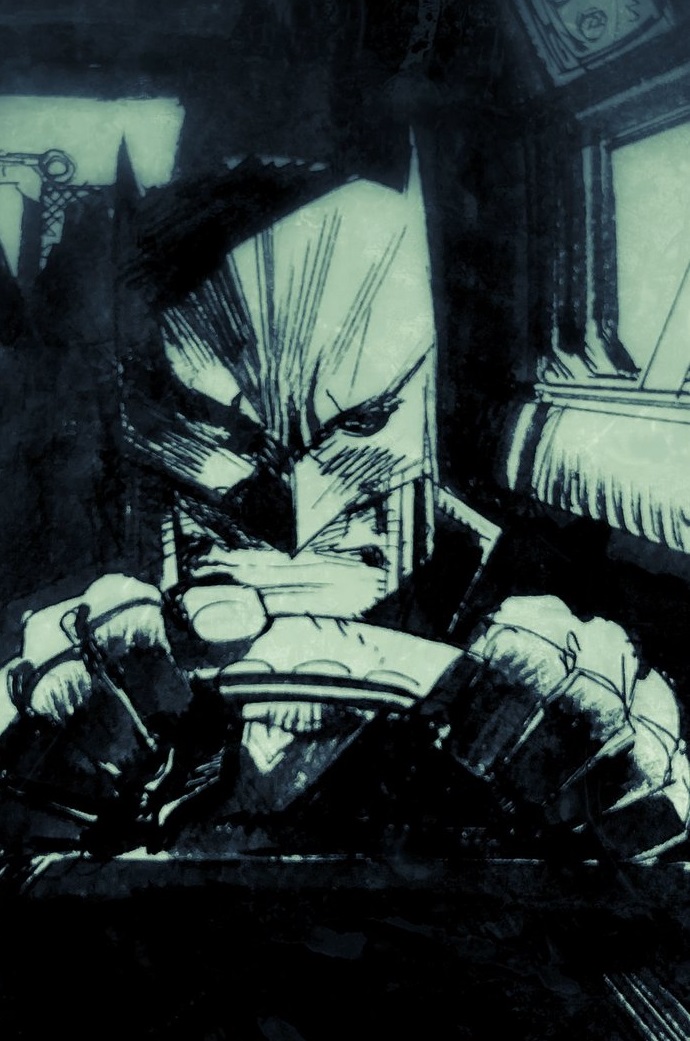 With SDCC happening this weekend you would think the Batcave would be sooo packed with news, right? Wrong. The ‘Cave was never so lonely, with everyone traveling to sunny California. Most of the news we got are so big that they actually deserve each a unique article on our website. You should go check them out.

But a thing kind of went unnoticed among all of the buzz. Actually, it just stuck with me because this is coming from one of my all time favorite authors. GRANT MORRISON is working on Arkham Asylum 2. With Damian as Batman. You read that right: the crazy bald Scottishman is returning to the Batcave and retaking the custody of Damian. Forget about all the rest, I could actually do a Batcave just on him. Full on special craziness, including an analysis of his view on life and time. Spoilers: it involves a snake. And his absolutely captivating accent.

Big, big round of applause to our boss TOM KING who won not one, but TWO Eisner Awards. One of them will be getting a very special place down here in the Batcave: Good Boy won Best Short Story. It is a tale told in Batman Annual #1 on how Ace came to live in the manor. To mark this, King and DAVID FINCH, Good Boy illustrator and regular Batman artist, signed an official DC drawing paper with their special Bat-signature. I know I’ve said this before, but thank God King is not illustrating his own writing, though I do admit to a growing fondness towards his shapeless Batman symbol. To those wondering, his other Eisner was  The Vision for Best Limited Series. On Batman itself, King has shared some original art by CLAY MANN for issue #27 and also an uncolored spread page from MIKEL JANIN for issue #28, out in two weeks. The biggest announcement though was JOËLLE JONES taking over art duties for issue #33. She has shared her cover for the issue, one with a beautiful arabesque style Bat symbol. A theme that takes my mind straight to the Al Ghuls. I wonder if that would be Bruce traveling to get to Talia in order to inform her that he is getting married to Selina. Hm. Not to compete with the SDCC buzz, MURPHY kept quiet this week. Well, a lot quieter than usual. He’s only shared two sneak peeks into his panels, one showing “Batman with some ROAD RAGE” and the other an amazing angle of a van being pushed out of a bridge by the Batmobile. MARINI seems to be the happiest man alive right now. He posted up a video thanking DC for getting a chance of working on Batman, his childhood favorite hero. He’s also uploaded a video of him doing watercolors on a page for Dark Prince Charming, his design for the Batmobile (highly reminiscent of the Tumbler) and what seems to be the cover of the first volume. With Capullo busy with SDCC, this week’s art actually comes from one of my all time favorites, JOCK. He’s worked on a special variant cover that looks like something that would go so well up on my wall. The original was up for sale at SDCC, but unfortunately I’m not the happy buyer of it.

DC had a very special poster for SDCC showing the final designs for the Dark Multiverse versions of Batman. Also, the creative teams of Batman: The Devastator, The Batman who Laughs and Batman: Lost were announced, with some familiar faces amongst the names. Working on The Devastator are FRANK TIERI, who will also be responsible for Murder Machine, and TONY S DANIEL, a recurring member of the Batcave, the artist who illustrated Batman RIP. The Batman who Laughs will be brought to us by JAMES TYNION IV and RILEY ROSSMO. Mr. Tynion doesn’t really need introductions. Rossmo is the artist currently working on Batman/The Shadow. And finally, Batman: Lost, by SCOTT SNYDER, OLIVIER COIPEL and BENGAL. Coipel’s body of work is majorly for Marvel, his sole work for DC being on Legion. As for Bengal, he is currently illustrating Supergirl, but he has also worked on Batgirl before, besides the Rebirth issue of Red Hood and the Outlaws. The Batgirl arc featuring Nightwing is coming up and CHRIS WILDGOOSE has some teases from it for us. First, there is a panel with a Cheshire Cat lurking on the background, and Babs doesn’t look very happy.

The other panel shows young Babs and Dick interacting. Actually, more like Babs scolding Dick for something. The RHATO annual is on the works, and TYLER KIRKHAM shared another Nightwing piece from it.

At long last Duke Thomas got a codename. Not only that, he also got a new series all to himself, to be written by SCOTT SNYDER together with TONY PATRICK. This also means Duke has officially got a working table down here in our Batcave, so expect there to be some coverage on the guy from now on, whenever the creators speak about him. As of now, all we can say is that Tony Patrick is crazy happy about the title.