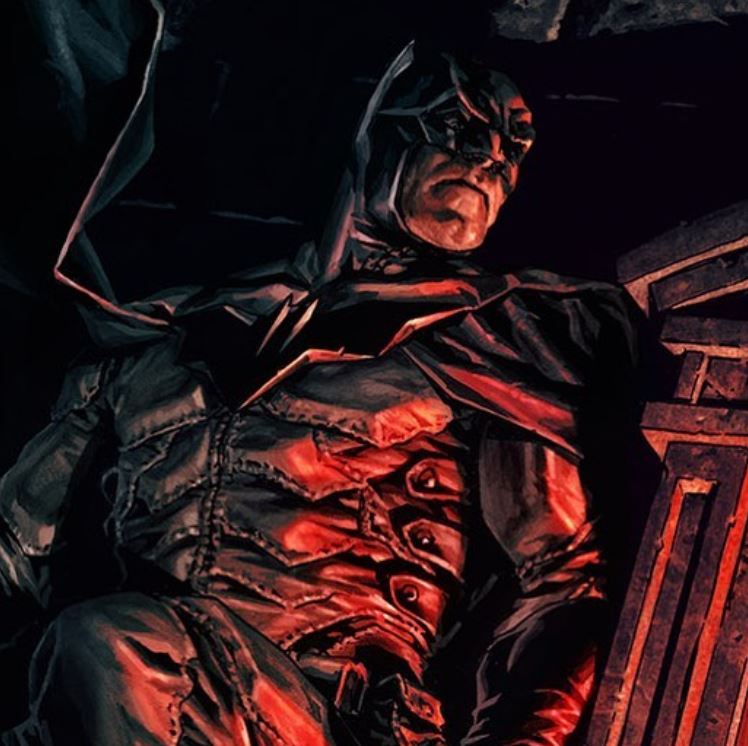 Which, truth be told, will not be so limited. Sean Murphy’s push for a White Knight sequel has been the worst kept secret, and he’s left a fair number of threads to continue on in case he does get to work on a second volume – which he probably is right now – and Newsarama has published an article compiling some of the mysteries left hanging.

“The Gift” just wrapped this past week (all pun intended) and we’re all left with a question. Scratch that, we’re left with many questions, but one of them is: where does Booster go from now on? According to TOM KING, “This is the beginning of HUGE Booster story that puts him at the center of the DCU. More announcements coming…”, coming in a book that he’s “already written. Being drawn now.” Sanctuary, it might be. But maybe not. Maybe Tom King has a little hovering robot who jumps him back and forth in time so that he can meet deadlines on fifteen books all at the same time. But since we’re here, let’s talk about the wedding, the one wedding, the one coming in one month not the one from this weekend. FRANK CHO is one of the artists working on the variant covers for issue #50, and he’s revealed a small portion of his work.

As recently reported by Bleeding Cool, the first issue of the Hill and Mendonça’s run has been delayed by one issue. The last of Tynion’s run, issue #981, will be coming out this week, with Hill and Mendonça scheduled for #982. With the delay, issue #982 will now be written by Michael Moreci and drawn by Sebastian Fiumara.

After the article came out, Bryan Hill clarified that the start of his run has only been delayed because the art team needed a little more time to work. He’s also confirmed that Tim Drake will be playing a part in the story he’s writing. Following the trend of changing creative teams, Batgirl is just one issue away from the last of Hope Larson’s run. Behind issue #24, coming out next month will be Shawn Aldridge and Scott Godlewski. And motorcycle chases, as some of GODLEWSKI’s art – shared by both him and Aldridge – has been teasing. The issue will feature a comeback of the Old Street Demonz, now dubbed New Street Demonz, according to Aldridge himself. As of now, Harley Quinn #45 is a month away from releasing, with a whole new creative team. Well, not-so-new if you consider John Timms, who is returning to the title after a not-so-long break. Sam Humphries, who will be writing the series after his short run on Nightwing, shared a couple of yet uncolored art by JOHN TIMMS for “the beginning of a brand new chapter of Harley!”, starting with Harley on vacation and leading to Harley in Apokolyps. One of the first series to be announced under the Black Label line was Batman: Damned, and LEE BERMEJO is currently working on the books. This past week he shared a peak of his work for the series, “Creeper peeper” Batman, with a costume that draws from a lot of the elements he had in Batman: Noel, Bermejo’s solo Batman graphic novel.