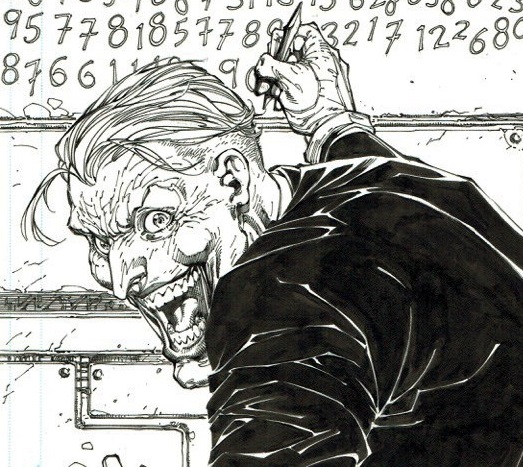 May the Fourth be with you, my Bat-companions. Five days overdue but you know, we are running on Mondays here. This week History Channel aired “Superheroes Decoded”, a documentary that studies the comic book industry focusing on the superhero characters. Kevin Conroy, the man behind the mask in the Animated Series, did the narration of it. I still haven’t had a chance to see it, but I sure will.

Besides, the Eisner Nominations list has come out and three TBU titles are running in different categories. Go creatures of the night! This particular week has made our rundown be almost issue by issue. Beginning with issues #21 and #22, FABOK has clarified his inspirations: first, his Watchmen inspiration for issue #21, with the 9-panel pages and even some scene references, such as Batman being thrown on a computer screen vs. the Comedian being thrown out of his window. Every single soul who has set eyes upon Watchmen before caught that reference, but a less obvious source material was used for issue #22: Flashpoint. The content was obviously connected to Flashpoint, but the graphic narrative not so much. Nice to know.

The guys have been a little silent about issue #23 except for being all excited about having seen it printed. As for issue #24, KING has revealed that Gotham Girl’s fate will be decided on it. The issue will be titled “Every Epilogue is a Prelude.”

Last but not least, King has shared a page from issue #25 (as seen above). It shows what seems to be a very mad Joker listening to a report on the Riddler’s threats to him. And of course, the reporter calls both of them AND Batman crazy. We all know deep down in our hearts that Batsy has some screws loose.

If you have been missing Renee Montoya know that she will be seen in MURPHY’s next Batman work. Also, we get to know what car he has elected for the Nightmobile (just made up this name and I know it is terrible). His Nightwing will be driving a Datsun Z. Real classy car.

GREG CAPULLO is a drawing machine and he has shared his process all through this week. It is all battles and blood as we get a glimpse of his Flash (I’m guessing from the winged helmet and little bolts on his armor), Wonder Woman, Aquaman, and even an alien crowd cheering. We also got a glimpse of the metallic foil cover for Dark Days: The Forge, coming out 06/14, courtesy of Mr. JIM LEE.

A preview has come out as well, showing the pencils of all three main artists for the issue. Based on what I can recognize of their styles, I would say that the Batcave scene is by Romita Jr, Aquaman with Batman is by Kubert, and the Joker is by Jim Lee.

I guess we can start the countdown.

GRAHAM NOLAN, who is currently doing the artwork for Bane: Conquest, has a weekly web strip titles Sunshine State. To celebrate the release of issue #1 he has made a special edition featuring the Dark Reptile, Pelican Boy, and the one and only, Bane. The amazing FRANCESCO FRANCAVILLA continues doing his alternate takes on the Batman characters, this time 1935 versions of Batman himself and Oswald Cobblepot, the Penguin.

DUSTIN NGUYEN, another frequent guest of ours, has also given us an alternate take on the bat, but in a much more demonic way: his vampire Batman got a front shot and a profile shot. if you enjoy horror in any shape or form, you should check those out.

Coming from one painting technique to another, ALEX ROSS’ piece showing Bruce, fully scarred back on the show, standing beside the cape and cowl, will be available for sale at San Diego Comic Con. Take all my money, and you can have my kidney also.

On a slightly sadder note, there is no chance for Super Sons to become biweekly despite public appeal. PETER TOMASI apparently thinks we are trying to overwork and kill him by demanding it.