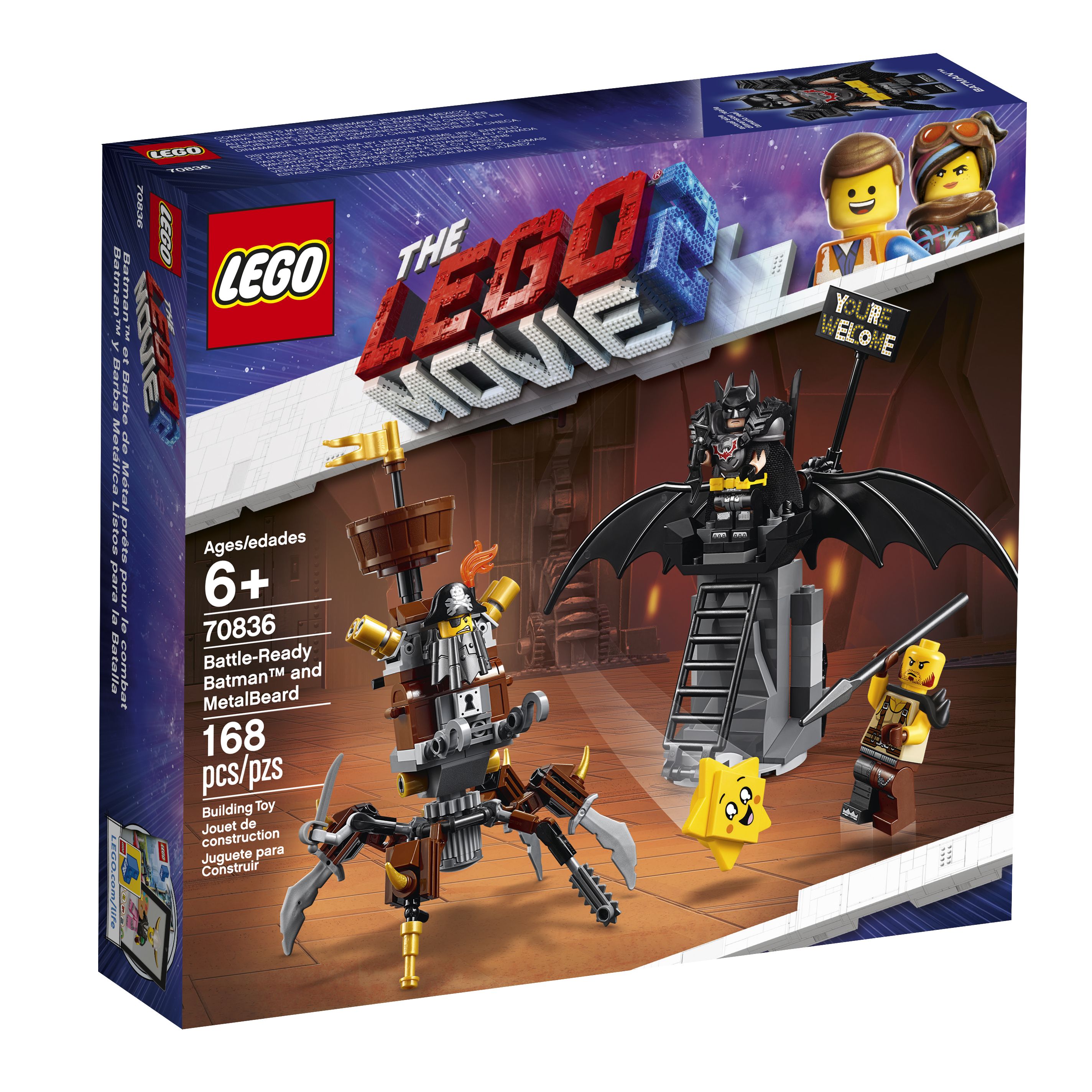 The second trailer for The LEGO Movie 2 was released earlier today and with this new trailer has also come new merchandising information, especially highlighting the new LEGO building sets based on the new film. Of the nineteen sets announced, though, there is only one that contains LEGO Batman. That might have something to do with the fact that it was just last year that LEGO Batman had his own film and was featured in well over thirty sets, even if some of them were smaller promotional sets, over the year and a half from the time the film released.

This time around LEGO Batman seems to have traded in his traditional cape and cowl for some a bit more post-apocalyptic in appearance, including what appears to be makeshift armor featuring a design similar to pieces of the Batmobile.

The set will release right after Christmas and retails for $19.99 USD, so keep an eye out if you’re out returning gifts the dat after Christmas. Here’s the official description of the set.

Builders can scuttle into action against Star with this action-packed Batman playset featuring the famous pirate MetalBeard in crabmech form, with a built-in LEGO MetalBeard minifigure head, opening treasure chest with MetalBeard’s internal organ elements, flip-down crow’s nest with a flag and posable legs, plus a Batman throne with an adjustable ‘You’re Welcome’ sign. Includes 2 minifigures, a brick-built Star figure, and weapons and accessories.