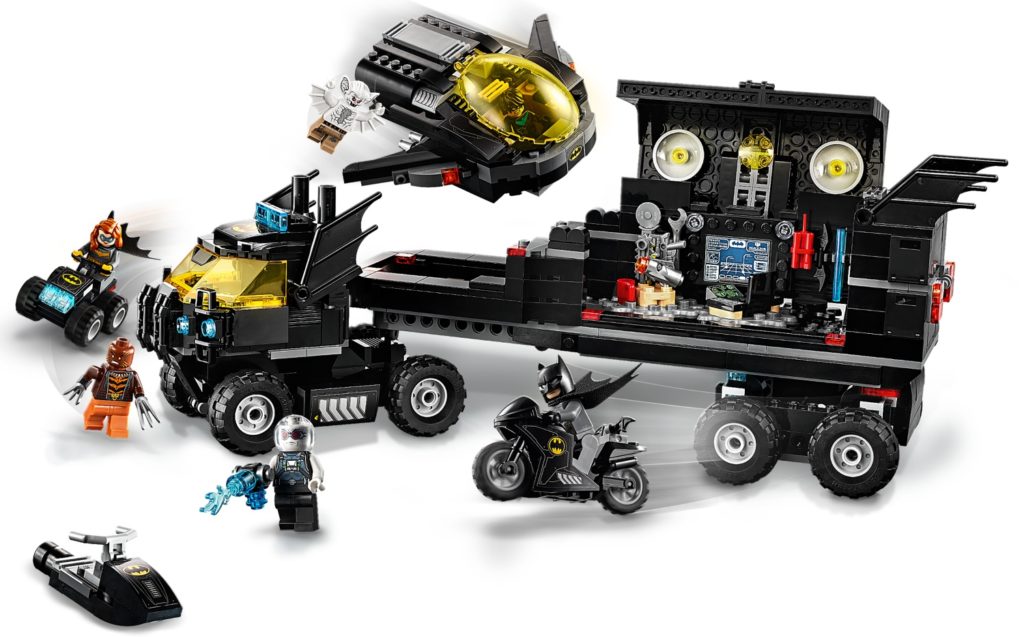 It is just about that time of the year, where the next wave of toys leading into the Holiday season will be stocked on store shelves. And while that typically happens in August at the major retailers, LEGO has a tendency to have smaller waves of sets release before the large group. While unconfirmed at the moment, there are three new sets featuring the Batman Universe that will be making their way to retailers within the coming months.

The first set is the largest called the Mobile Bat Base (#76160. This set features a mobile command center for Batman, which is different than the typical Bat-vehicles we have seen before. The set also includes a more recent version of Batgirl, an albino version of Man-Bat, Nightwing in his typical blue, and the first appearance of Bronze Tiger in a LEGO set. This is set is priced at $89.99.

Heading to the mid-range set, Joker’s Trike Chase features a more compact Batmobile alongside a unique three-wheeled vehicle for the Joker. Damian’s Robin is included with the set along with a more current stylized version of Harley Quinn. This set is priced at $49.99.

Finally, the smallest set is part of the 4+ line, formerly called Juniors. The set features a simple Bat-Boat and Penguin’s duck for a water battle. This set is priced at $9.99.

All three of these sets are expected by the end of summer at the latest. So keep an eye out as they become available.