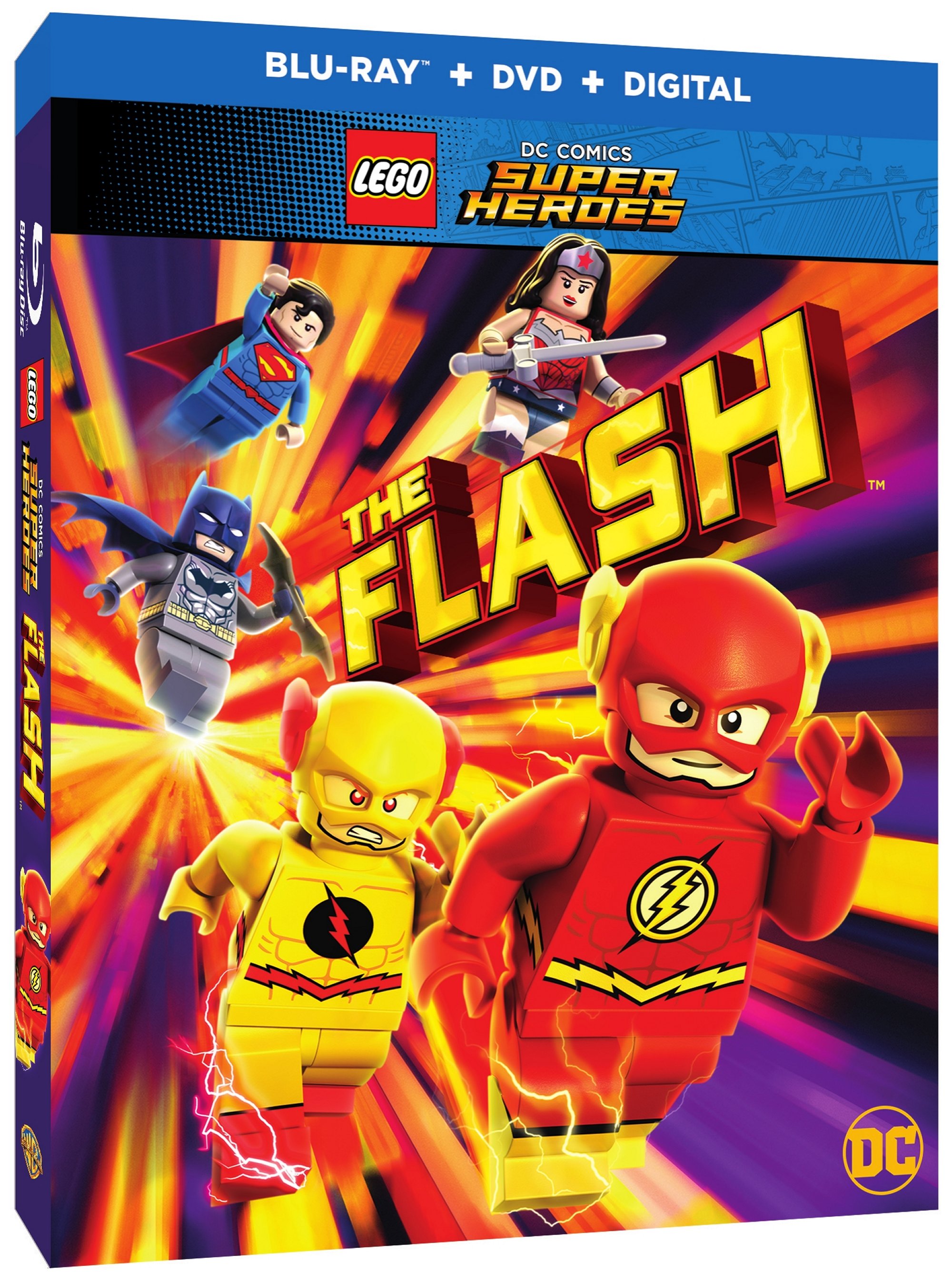 Warner Bros. has announced a new film in the line of animated films based on LEGO versions of the characters. LEGO DC Super Heroes: The Flash is the latest film in the series with the last film releasing in 2016 with LEGO DC Comics Super Heroes: Justice League: Gotham City Breakout if you don’t count last year’s LEGO DC Super Hero Girls: Brain Drain, which takes place in a separate continuity. The film releases digitally on February 13 and on Blu-ray Combo Pack and DVD on March 13. Full details about the film, the trailer and the reveal of a certain Super-Pet making their debut can be found below.

In LEGO DC Super Heroes: The Flash, Reverse-Flash manipulates the Speed Force to put The Flash into a time loop that forces him to relive the same day over and over again – with progressively disastrous results, including losing his powers and being fired by the Justice League. The Flash must find a way to restore time to its original path and finally apprehend his worst enemy before all is lost for The Flash … and the world!

Along the route, The Flash encounters numerous new characters being introduced to the popular DC Super Heroes series, including The Atom; B’dg, a squirrel-esque Green Lantern; a pair of legendary super pets in Ace the Bat-Hound and Krypto the Super-Dog, Batman and Superman’s faithful canine pals; as well as Aquaman’s trusted seahorse, Storm.