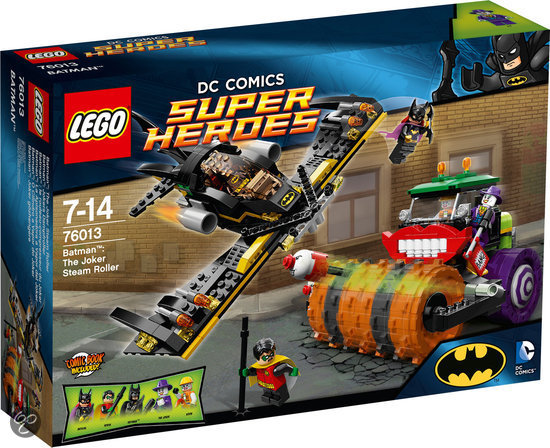 A Dutch website, Bol, has revealed LEGO DC Comics Super Heroes images to show off the newest Batman LEGO product called The Joker Steamroller. This set will feature the pieces for the Joker steamroller and the Batwing. There will be five mini-figures included such as Batman, Robin, Batgirl, Joker, and a henchman. The henchman does resemble a construction worker, which is very interesting. According to Bol, this mini-figure is a henchman working for Joker. 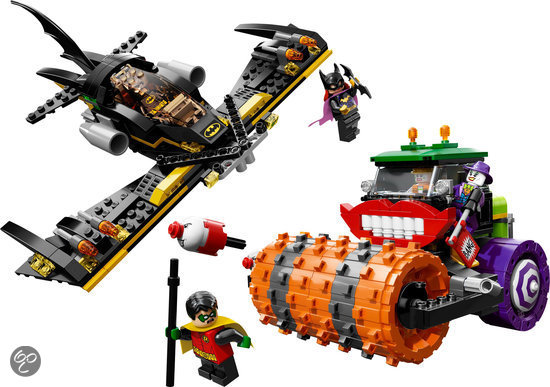 This LEGO set will come out sometime in 2014.