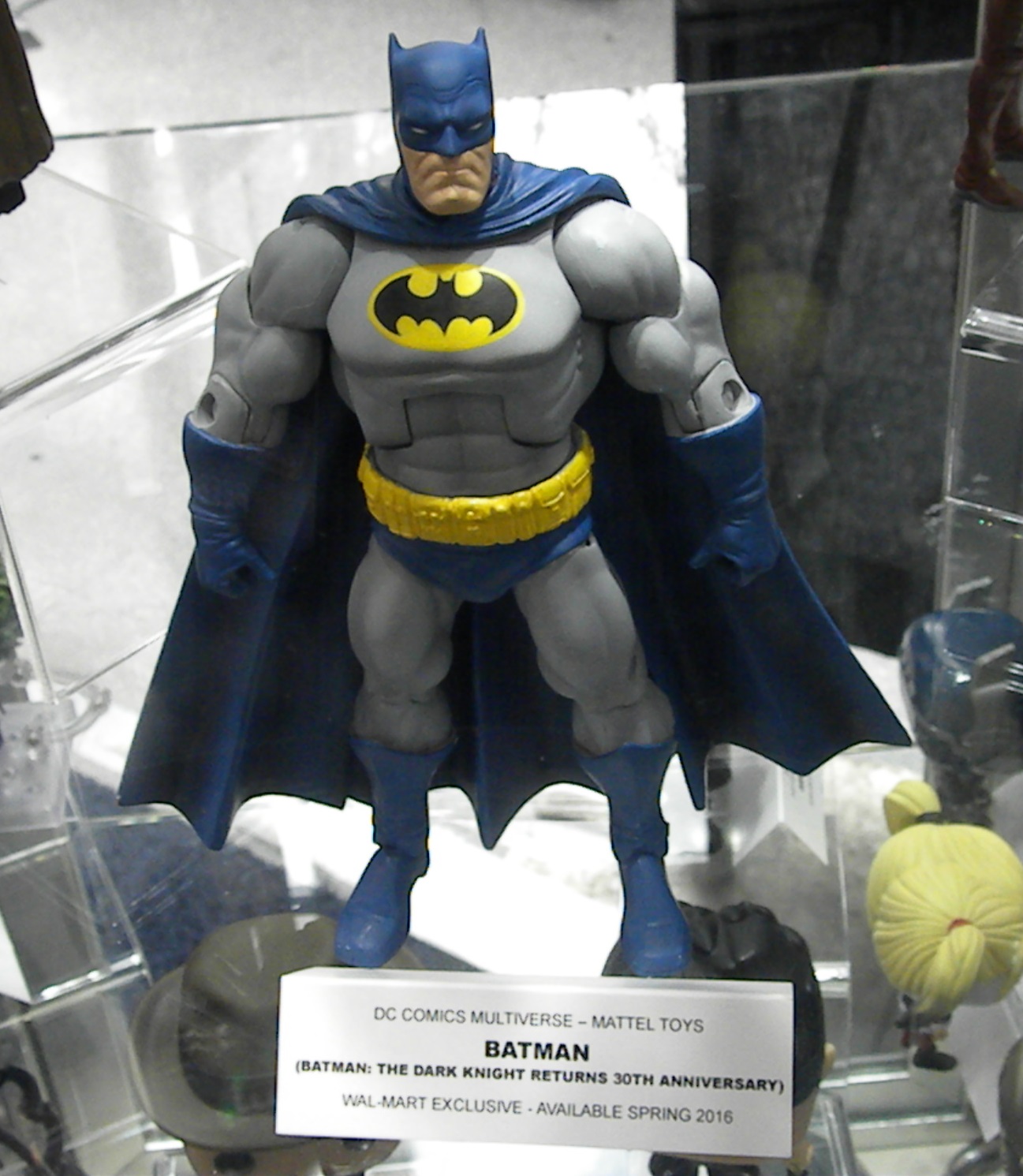 At New York Comic Con this weekend, there were some new pieces of merchandise that were shown off coming this coming spring that were previously not shown anywhere else.

First up is Batman v Superman: Dawn of Justice. All of the items were shown off at the DC booth, but Mattel showed off two more figures from the upcoming film including Lex Luthor and a new version of Batman called Knightmare Batman. Both are expected in Spring 2016. Also shown were some new hats from New Era.

Also shown off were some new additions to the DC Comics Multiverse line from Mattel. Coming also in the spring of 2016, three figures showcasing the 30th anniversary of Batman: The Dark Knight Returns are expected to release as Wal-Mart exclusives in the form of Batman, Superman and Son of Batman.