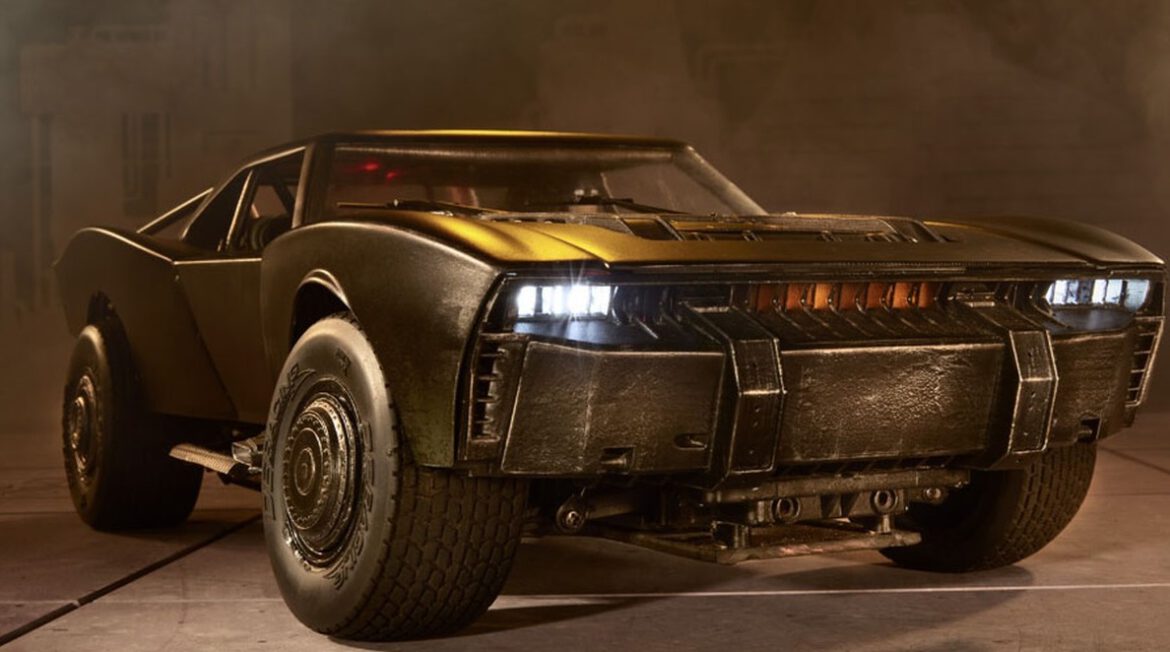 Mattel Creations, a platform for unique creations and collaborations, has released details for a new Hot Wheels RC vehicle featuring the Batmobile from The Batman. The one-tenth scale vehicle measures about twenty inches long and is more of a miniature prop replica than a toy. It comes with a base that features the scene from the film in the terminal Batcave with the batcomputer. It is priced at $500 and is expected to ship in July 2022. You can preorder the exclusive release by heading directly over to the Mattel Creations website.

THE BATMAN IS BACK: The Batman is back, and he’s grittier, darker, and more raw than we’ve seen in generations. Our Hot Wheels R/C design team happens to be full of Batman fans who are very excited about the mean muscle car energy emanating from every inch of this new iteration of the iconic Batmobile. Ripped right out of the upcoming movie, this R/C beast is less toy and more detailed movie prop.

STRIKE FEAR INTO GOTHAM CITY’S CRIMINALS WITH THE ULTIMATE EDITION: The Batman strikes dread in the hearts of Gotham City’s criminals—and so does The BATMAN™ The Ultimate Batmobile™ from Hot Wheels. This beyond full-function R/C car is as close to a movie prop as we could get, featuring street-grade suspension, multi-color LED lights, flame FX on both the front and rear, and a water-activated mist effect creating the perfect atmosphere to stage scenes from the film.

THE SMALLEST DETAILS FOR THE BIGGEST FANS: Take a closer look at this 1:10 scale masterpiece and you will see what happens when our design team goes bat$#!+ insane on a project. Not only does this incarnation come equipped with accurate movie details (like battle damage and dirt) and a full interior boasting detailed wires and gauges, but it even has an animatronic Batman figure that moves the steering wheel and shifts according to your R/C inputs.

The unmatched mix of movie faithful details and all out R/C performance means it looks just as good standing still as it does roaring through the streets of Gotham City.

NO BATMOBILE IS COMPLETE WITHOUT A BATCAVE: Our designers got inspired and built a one-of-a-kind detailed Batcave display complete with light-up screens and a Bat-Signal projector. This is the first time Hot Wheels has brought the famous cave to life, making this a true collector’s piece.

Hot Wheels went all-out to celebrate DC FanDome and the upcoming film, so make sure you reserve your Batmobile today and bring a new, rawer version of justice to your collection.