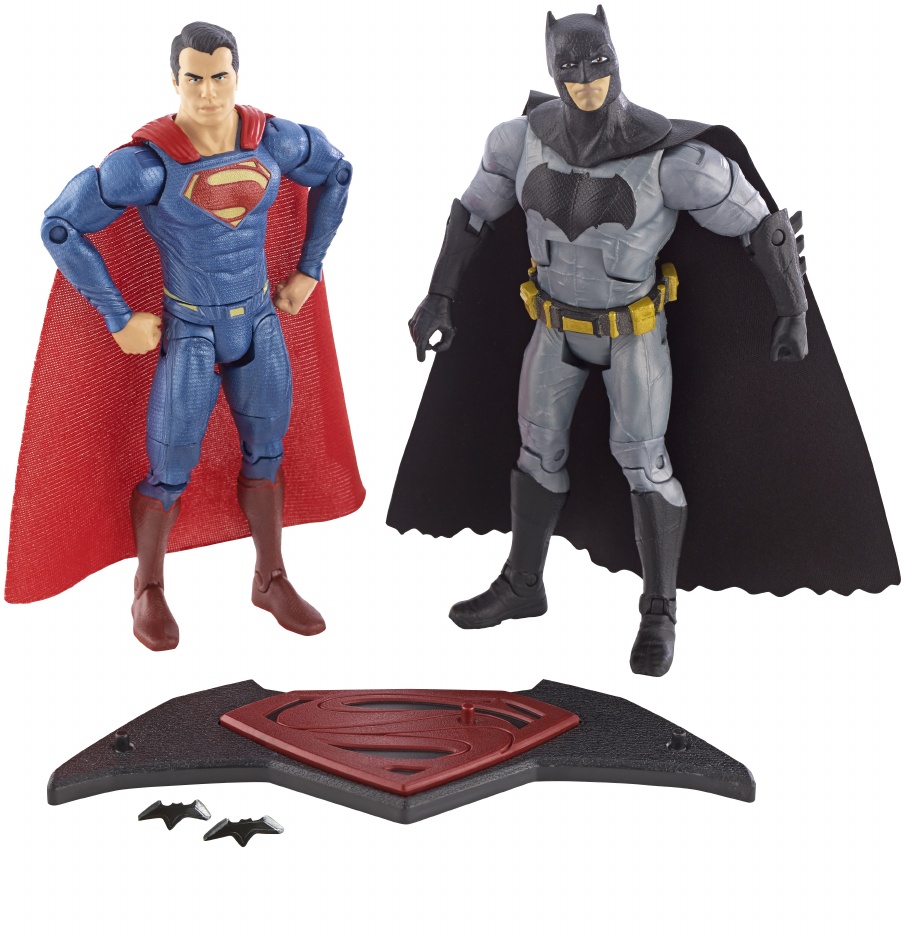 First it was Funko. Then LEGO joined in on the fun. And now Mattel has announced that they too will be showing off some new merchandise for Batman v Superman: Dawn of Justice next week at Comic Con International. USA Today revealed some items that will be available next week.

They also revealed the Gal Gadot Wonder Woman Barbie that will available next year. The figure will be on display at the Mattel booth. Also at the Mattel booth will be life-size version of the Hot Wheels Twinmill car in a custom Batman Superman scheme as shown above.

So which ones are you looking forward to?