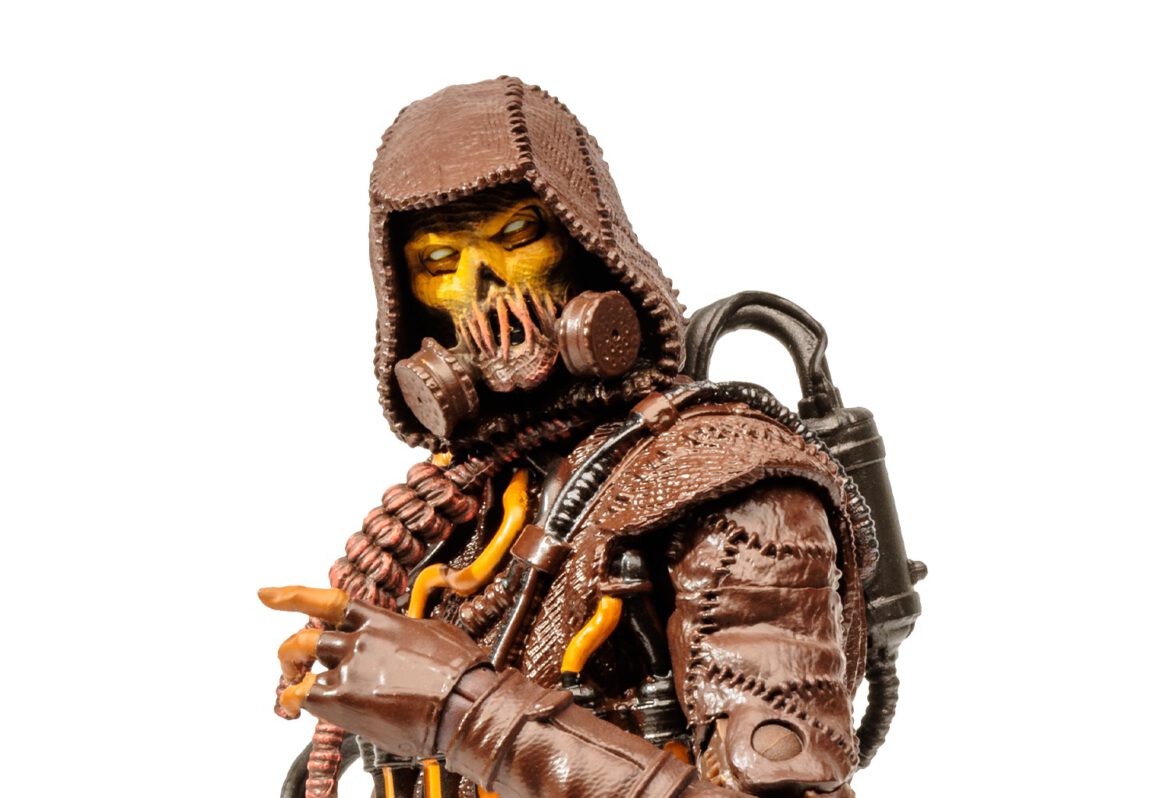 In a surprising move, McFarlane Toys is now announcing a variant figure before the standard version of a figure with a Gold Label version of Scarecrow. This version of Scarecrow is based on his appearance in Batman: Arkham Knight but with a “spooky Amber finish” as McFarlane states. This is actually the first time this figure has been released based on the video game line as the only other appearance of Scarecrow was back in the Batman: Last Knight on Earth wave.  So while it is likely that a standard version will be released, for now, the seven-inch figure features twenty-two points of articulation, a standard base, and a collectible card. It is priced at $19.99 and is expected to ship in August 2022. You can preorder the figure exclusively through the online McFarlane Toy Store.

The Scarecrow constantly proves to be a dangerous threat to the Dark Knight not due to physical strength, but to the emotional and psychological damage his toxins can cause. In fact, Scarecrow tends to shy away from physical confrontations and instead lets his victims fall prey to their own waking nightmares. A doctor of the deadliest caliber, the Scarecrow’s horrific acts don’t stem from a villainous desire for power or money, but from an unbreakable urge to learn and hone his craft—mastery over fear itself.

Product Features: Incredibly detailed 7” scale figure based on the DC Multiverse. Designed with Ultra Articulation with up to 22 moving parts for a full range of posing and play. Scarecrow is featured in his look from the videogame Batman Arkham Knight as a spooky Amber finish. Scarecrow comes with a base. Included collectible art card with figure artwork on the front, and character biography on the back. Collect all McFarlane Toys DC Multiverse Figures.