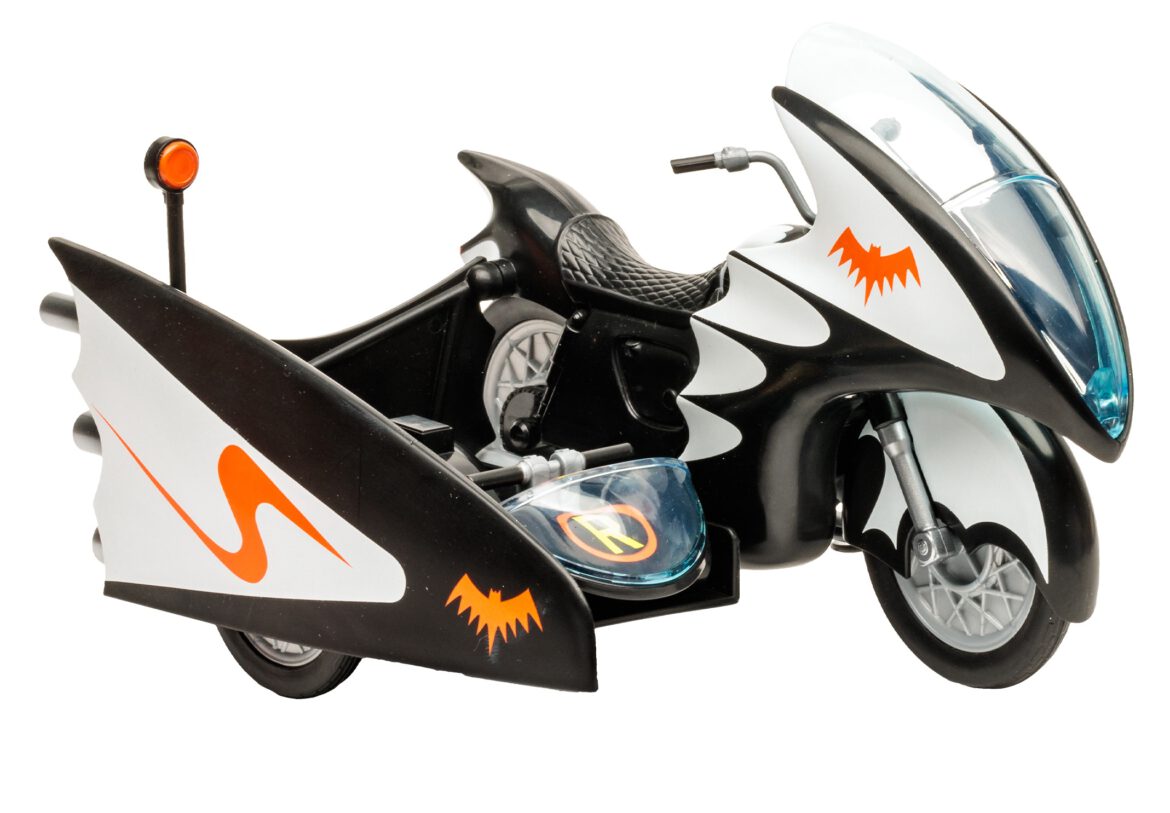 McFarlane Toys has released details for their latest DC Retro offerings including the Batcycle based on the appearance from the 1960s television series. The new vehicle is intended to work with the DC Retro figures, the sidecar can also be removed and used separately. It is priced at $29.99 and expected to ship in Fall 2022. You can preorder the vehicle exclusively through Target.

Along with Batman’s many gadgets and gizmos that help him and the Boy Wonder fight crime, one stands prevalent alongside the Batmobile to help our heroes get around. That is the Batcycle. Holy Ravioli! Trickled out with bat icons, and a sidecar for Robin, this handy vehicle allows the dynamic duo to get in and out of places in a flash!

Product Features: Based on the classic 1960s TV show. Designed to be able to fit all McFarlane Toys DC Retro Figures. Included is the sidecar for the Boy Wonder that can be removed and used separately with the Batcycle. Both Batcycle and sidecar both have rolling wheels. Packaged in an open box with the iconic old-school look of the 1960’s Batman series. Collect all McFarlane Toys DC Retro Figures.