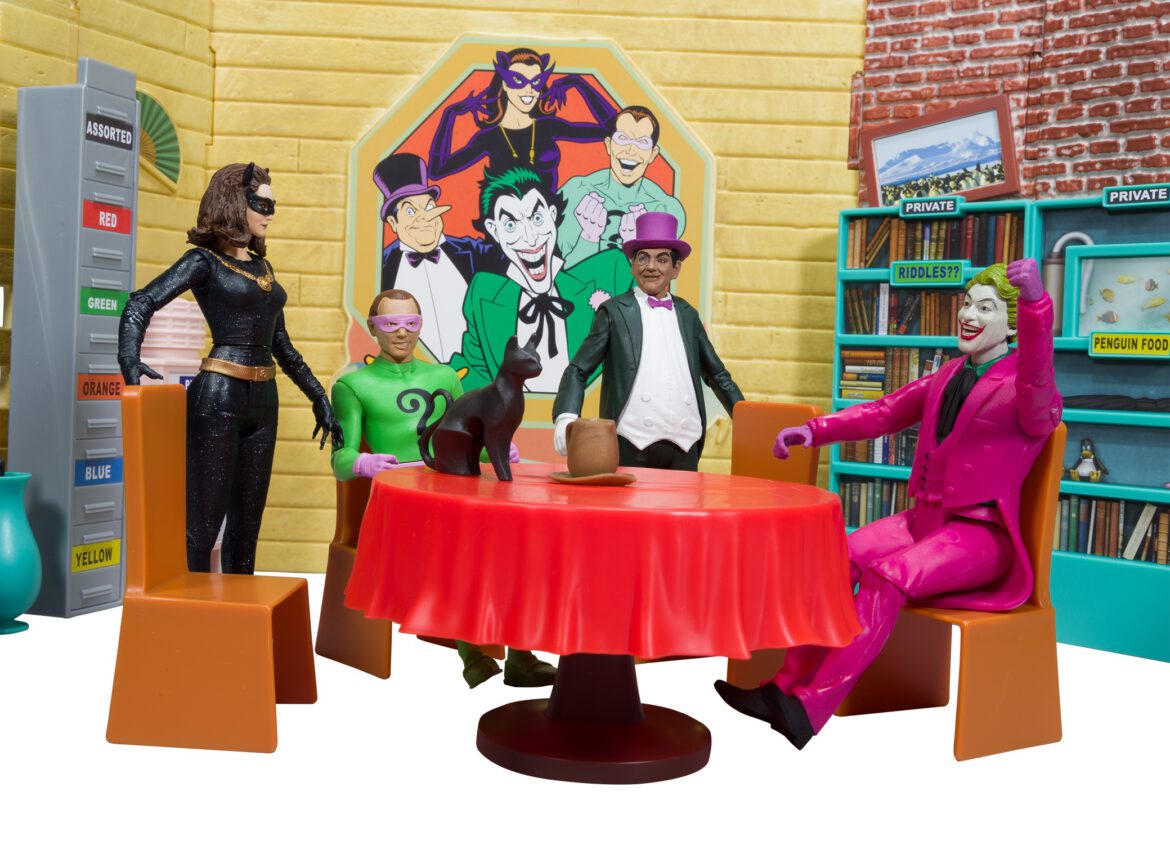 McFarlane Toys has revealed a brand new playset for the DC Retro line featuring the villain’s lair from the classic Batman television series. This is the second playset from the line after the previous release of the Batcave with the original launch of the line in 2021. The new playset is scaled for six-inch figures and features lair walls, a bookshelf, a file cabinet, an umbrella vase holder, an umbrella, a table with four chairs, a table with radar, milk with saucer, and Hecate the cat. It is priced at $29.99 and is expected to ship in Fall 2022. You can preorder the playset exclusively through Target.

Tucked near the ocean, lies the secret lair of the United Underworld. A haven for some of the most sinister villains, who stop squabbling long enough to try to defeat Batman. With a section carved out for each prominent member, all sorts of dastardly gadgets, and images of their own evilness adorned on the wall, you would think some of the evilest minds could finally defeat Batman. You would think.

Product Features: Based on the classic 1960s TV show. POP! SMACK! BANG! For a trip down nostalgia lane, bring your most dastardly villains, and any other McFarlane Toys DC Retro figures in for all the action! Villain’s Lair includes lair walls, bookshelf, file cabinet, umbrella vase holder, umbrella, table with four chairs, table with radar, milk with saucer, and Hecate the cat. Packaged in a closed box with the iconic old-school look of the 1960’s Batman series. Collect all McFarlane Toys DC Retro Figures.