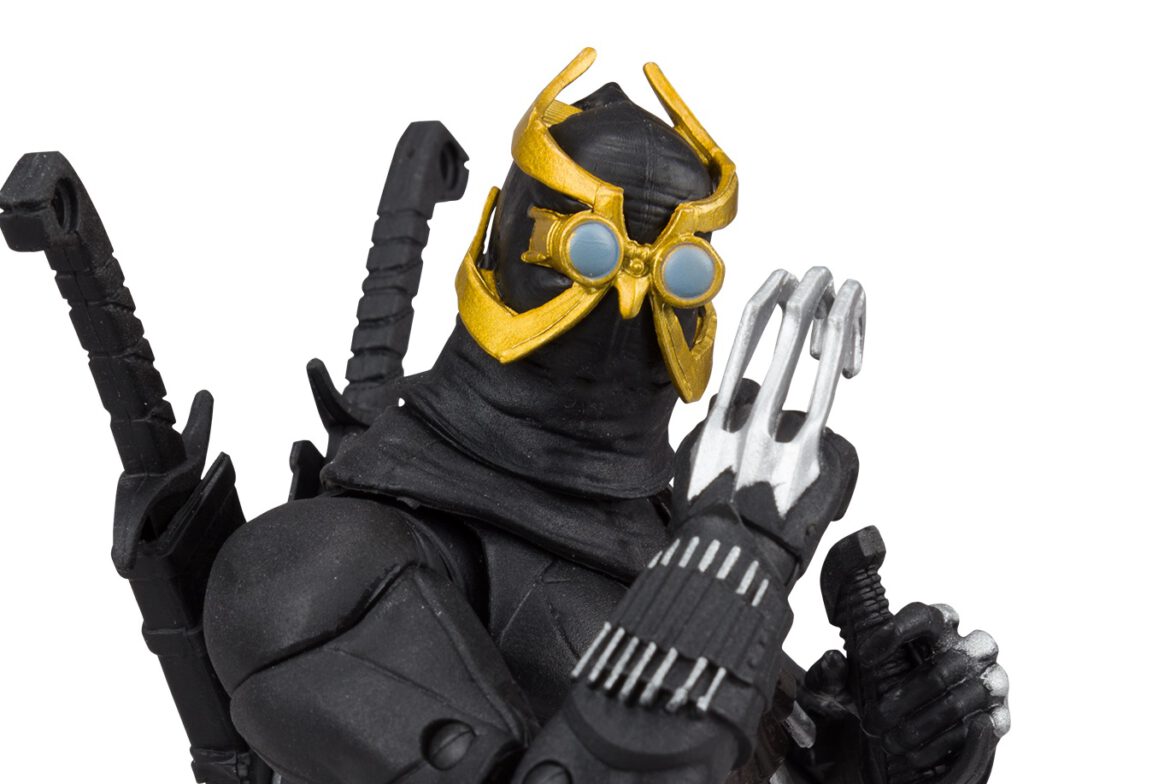 The next reveal from McFarlane Toys for their DC Multiverse line heads to the Court of Owls, with Talon joining the seven-inch figure line. The figure features twenty-two points of articulation and includes two swords, two daggers, a sword sheath, a standard base, and a collectible card. It is priced at $19.99 and is expected to ship in September 2022. You can preorder the figure at Entertainment Earth or Amazon.

While juggling on a Gotham City street, William Cobb stopped a would-be thief from stealing Nathaniel Haly’s wallet. Thankful, Haly offered William a job at his circus. After becoming a famous circus performer, William returns home, falls in love, and has a child. However, his wife’s family disapproves of William and bans the young couple from seeing each other. Taking advantage of the situation, Haly offers William the chance to become a “Talon,” a covert assassin for a secret organization of wealthy elite known as the Court of Owls. As a Talon, William is virtually unstoppable, capable of being reanimated, and strikes without mercy.

Product Features: Incredibly detailed 7” scale figure based on the DC Multiverse. Designed with Ultra Articulation with up to 22 moving parts for a full range of posing and play. Talon is featured in his look from the Court of Owls. Talon includes two swords, two daggers, a sword sheath, and a base. Included collectible art card with figure photography on the front and character biography on the back. Collect all McFarlane Toys DC Multiverse Figures.