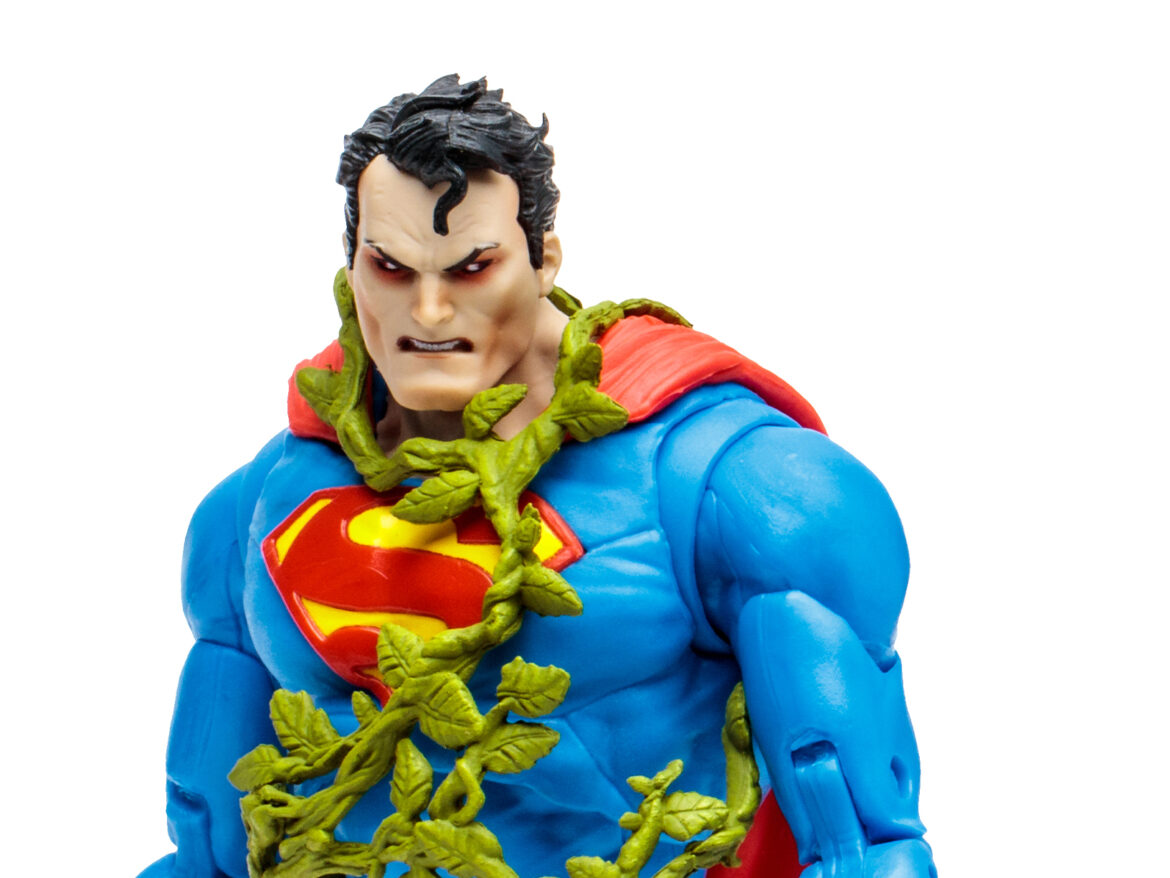 McFarlane Toys has released details for their latest Gold Label Series action figure which features a variant of Superman from Batman: Hush. The seven-inch figure appears controlled by Poison Ivy and includes a base, a collectors card, interchangeable hands, and Kryptonite-infused poison ivy vines. It is priced at $19.99 and is expected to ship in October 2022. You can preorder the figure exclusively through the online McFarlane Toy Store.

Sent to Earth from the dying planet of Krypton as a baby, Kal-El was found by farmers Martha and Jonathan Kent and raised as their son, Clark. As Clark grew up, the radiation from Earth’s yellow sun gave him extraordinary powers, which he kept hidden. Now fully grown, he uses his powers to protect his adopted world as Superman.

Product Features: Incredibly detailed 7” scale figures based on the DC Multiverse. Designed with Ultra Articulation with up to 22 moving parts for a full range of posing and play. Superman is featured with red laser eyes and a classic superman costume. Superman comes with Kryptonite-infused poison ivy, alternate hands, and a base. Included collectible art card with figure photography on the front, and character biography on the back. Collect all McFarlane Toys DC Multiverse Figures.