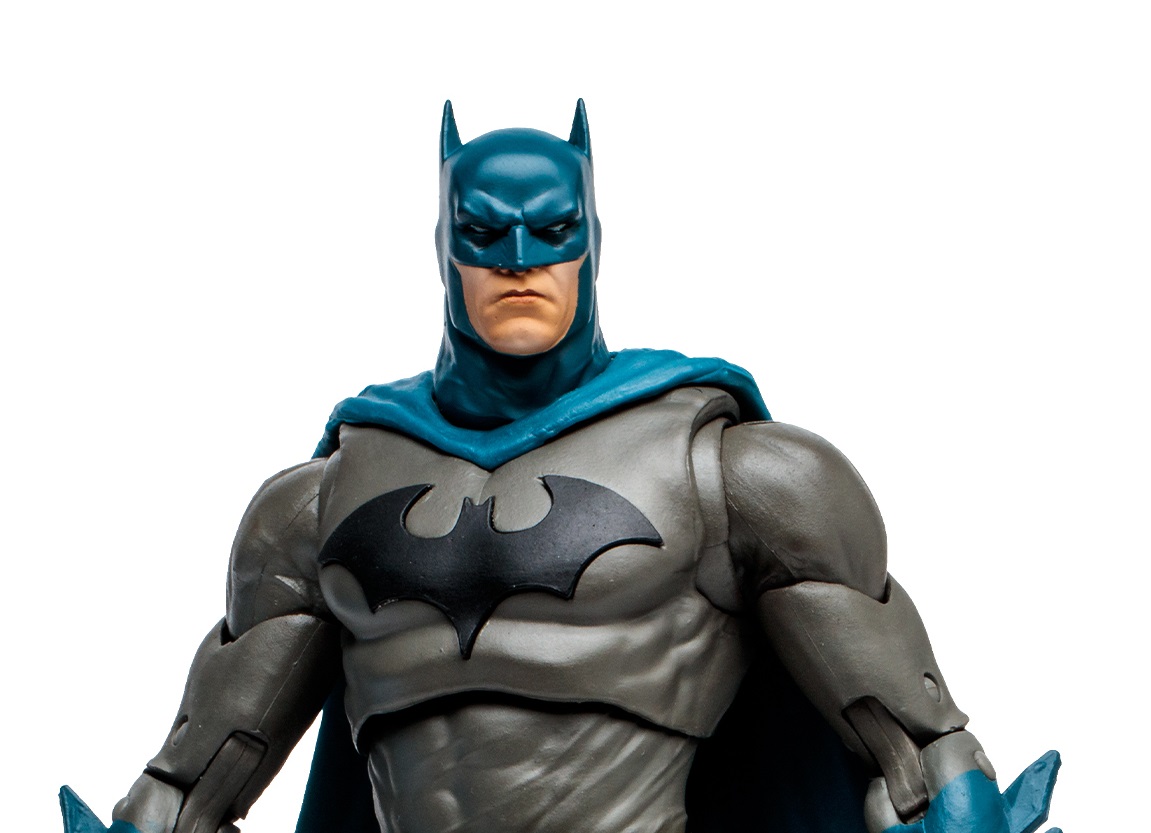 McFarlane Toys has announced a new wave of figures for the DC Multiverse line, and the first is Batman, based on his appearance during the Batman: Hush storyline. The seven-inch scale figure includes a pair of extra hands, two batarangs, a standard display stand, and a collector card. It is priced at $19.99 and is expected to ship in early 2023. You can preorder the figure now at Entertainment Earth or Amazon.

Product Features: Incredibly detailed 7” scale figure based on the DC Multiverse. Designed with Ultra Articulation with up to 22 moving parts for a full range of posing and play. Batman is based on his look in Batman: Hush. Batman comes with extra hands, two batarangs, and a base. Included collectible art card with figure photography on the front and character biography on the back. Collect all McFarlane Toys DC Multiverse Figures.