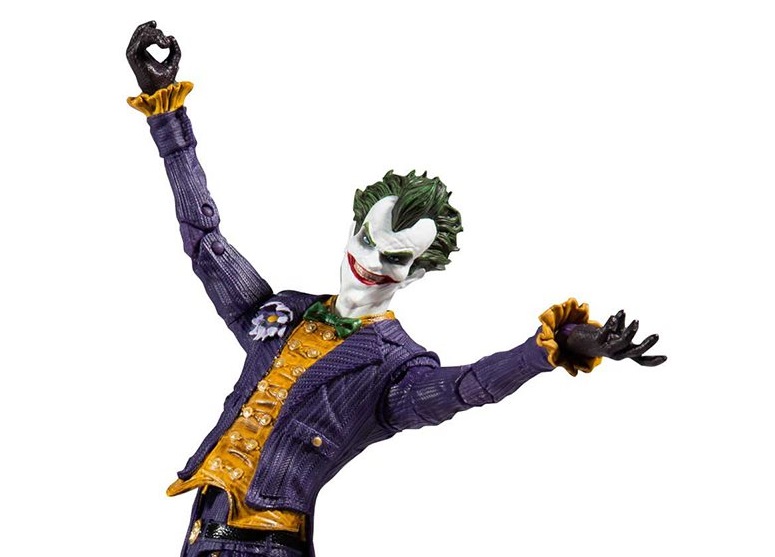 McFarlane Toys has released details for their latest figures which will feature the Joker and Batman as they appear in the Batman: Arkham Asylum game. Each figure measures seven inches tall and features multiple gadgets and a display base. Making up what is called DC gaming wave 1, the figures are priced at $19.99 each and are expected to ship in June 2020. You can preorder each figure by following the links below. The DC Multiverse Arkham Asylum Batman 7-Inch Action Figure features over 22 points of articulation and is in 7-inch scale. The Batman figure includes a Grapnel Launcher, open Batarang, folded Batarang, bomb canister, alternate fist, and base. Included collectible art card with Batman: Arkham Asylum artwork on the front, and character biography on the back. The Joker figure based on the video game Batman: Arkham Asylum.
Preorder now at Entertainment Earth The Joker figure is based on the video game Batman: Arkham Asylum. The figure has about 22 points of articulation. The Joker accessories include blaster, two chattering teeth, and base. Included collectible art card with The Joker from Batman: Arkham Asylum artwork on the front, and character biography on the back.
Preorder now at Entertainment Earth