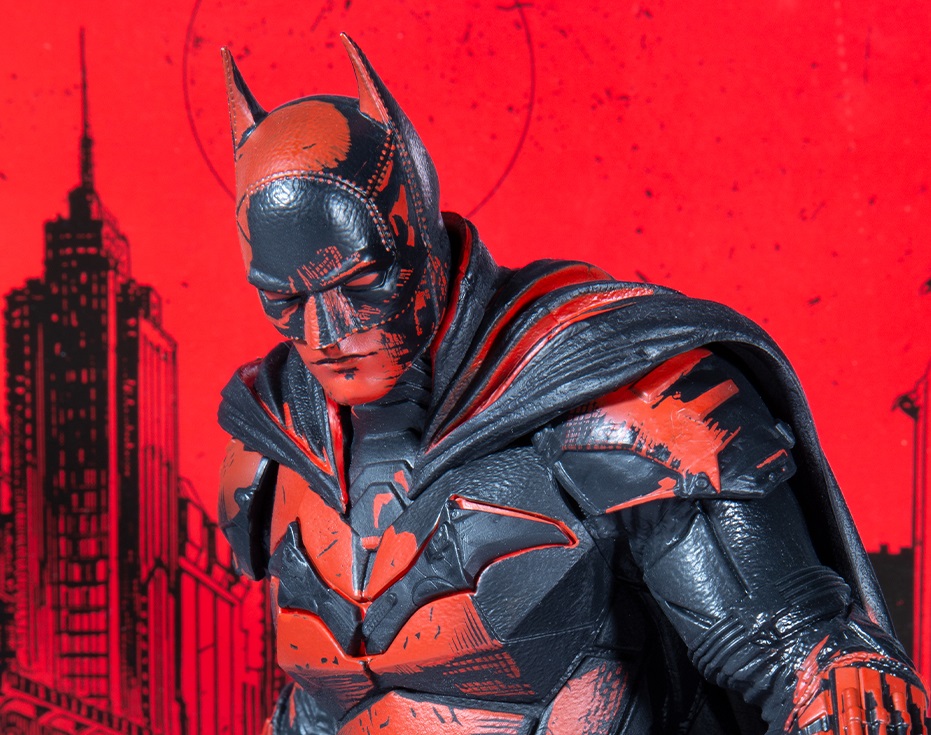 McFarlane Toys has released details for a new statue from the DC Multiverse line that features a red and black version of Batman from the upcoming 2022 film, The Batman. The twelve-inch statue comes in red and black in a style that is similar to the promotional poster by Jim Lee released in 2020. The statue comes with a gargoyle base and a backdrop to showcase the red and black nature of the original art piece. It is priced at $39.99 and is expected to ship in February 2022. You can preorder the statue exclusively through Walmart.

The Batman is two years into his role as Gotham’s embodiment of vengeance – a nocturnal vigilante who strikes fear in the hearts of criminals. A reclusive scion of Gotham’s richest family questioning his family’s legacy, The World’s Greatest Detective stalks the streets at night employing a lethal combination of mental mastery, physical strength, and expert technology on his journey to becoming the city’s symbol of hope.

Product Features: Incredibly detailed 12” scale figure based on the DC Multiverse. Batman is based on his look in the upcoming movie The Batman. Featured in the red and black paint to match the movie promo poster created by Jim Lee. Batman comes with a gargoyle base and stylized backdrop. Included collectible art card with figure photography on the front, and character biography on the back. Collect all McFarlane Toys DC Multiverse Figures.