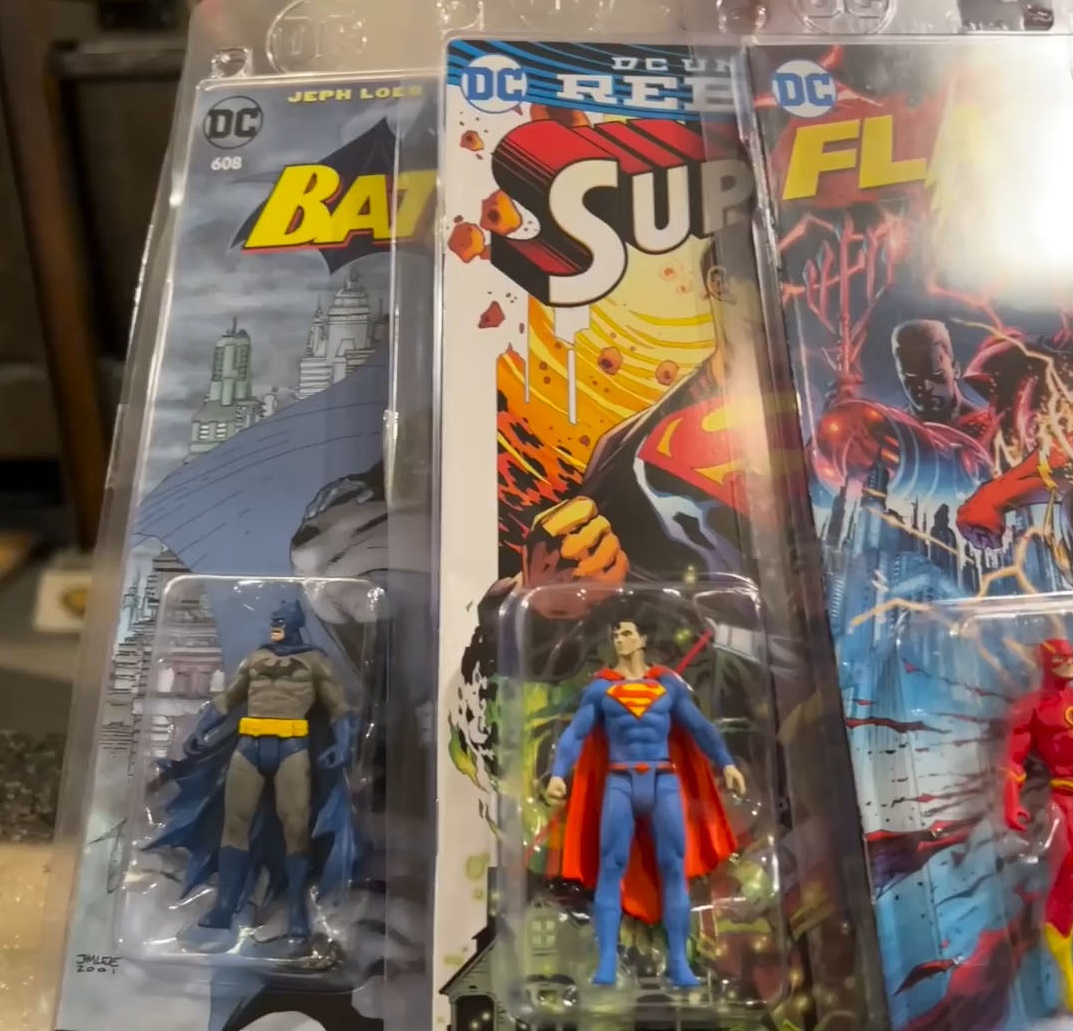 McFarlane Toys has been having some amazing success with the DC license for action figures. It can be seen by just how much they have released in just over two years since they got the license. Now McFarlane has announced a new action figure line that will feature the DC Universe called Page Punchers. We already have seen the DC Multiverse figures and get almost a new figure announced every week. Last year, McFarlane announced a partnership with Warner Bros. to distribute the DC Direct line, and then the DC Retro line launched as well.

McFarlane will offer a new action figure line with Page Punchers. This new line will feature a comic bundled with an action figure for a reasonable price. The figures will be three and three-quarters inches tall. This is the same size as the DC Infinite Heroes line that ran for a few years at Mattel. The line sacrificed articulation, but makes it up with unique sculpts that are easier to produce with more space in stores with the smaller figures. There is nothing to say that McFarlane will get into producing large amounts of these figures as Spin Master already has a line that features figures in the same size. The ability to do this seems to be the bundle with a comic as its selling point rather than just a less expensive action figure.

That said, fans will appreciate one of the first figures in the line with Batman based on his appearance in Batman: Hush. Todd McFarlane showed off the packaging for the figures along with the first group of figures from the line, which includes Batman, Superman, Flash, and Black Adam. It is hard to say where this might lead to with other action figures of the same size, but it definitely opens the door for the potential for more figures in the future. Either way, fans will be excited that more comic-accurate versions of the characters are coming to stores in 2022. Check out a small selection of screenshot that features the Page Punchers line from McFarlane from the announcement.