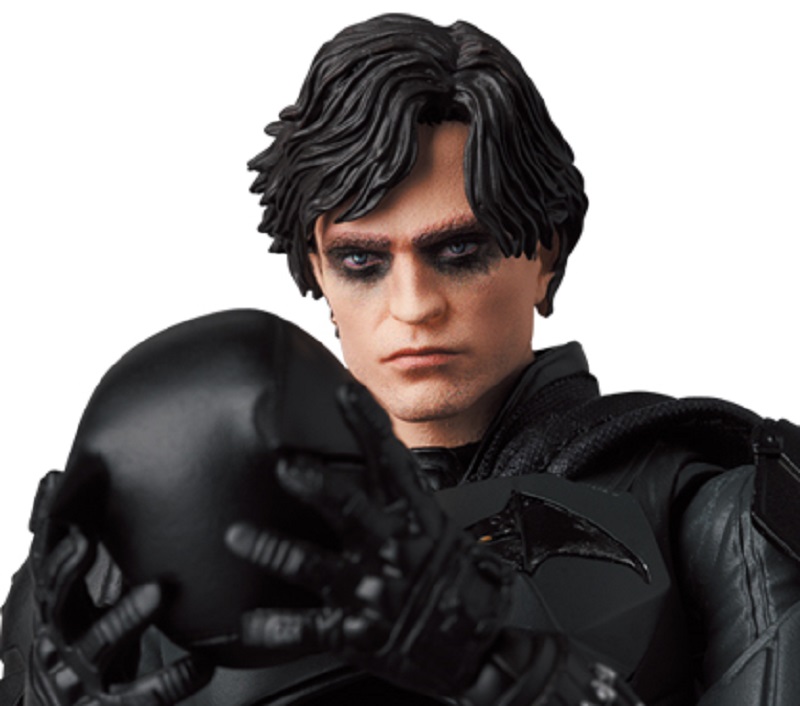 Medicom has released details for their latest MAFEX action figure, which features Batman based on his appearance in the recent theatrical film The Batman. The figure measures just over six inches tall and features swappable head portraits, interchangeable hands, a removable cowl, and a posable cape. It is priced starting at around $110 and is expected to ship in late 2023. You can preorder the figure at Sideshow Collectibles.

Medicom has announced a new addition to its MAFEX line, Batman from The Batman. Based on Robert Pattinson’s portrayal of the caped crusader, this figure stands approximately 6.29 inches tall and will feature premium articulation and detailed accessories. With various weapon parts included, you can reproduce the action scene in the play! Cloth cloak included! Built-in wire for action poses! Comes with 4 types of head parts and a movable figure stand!