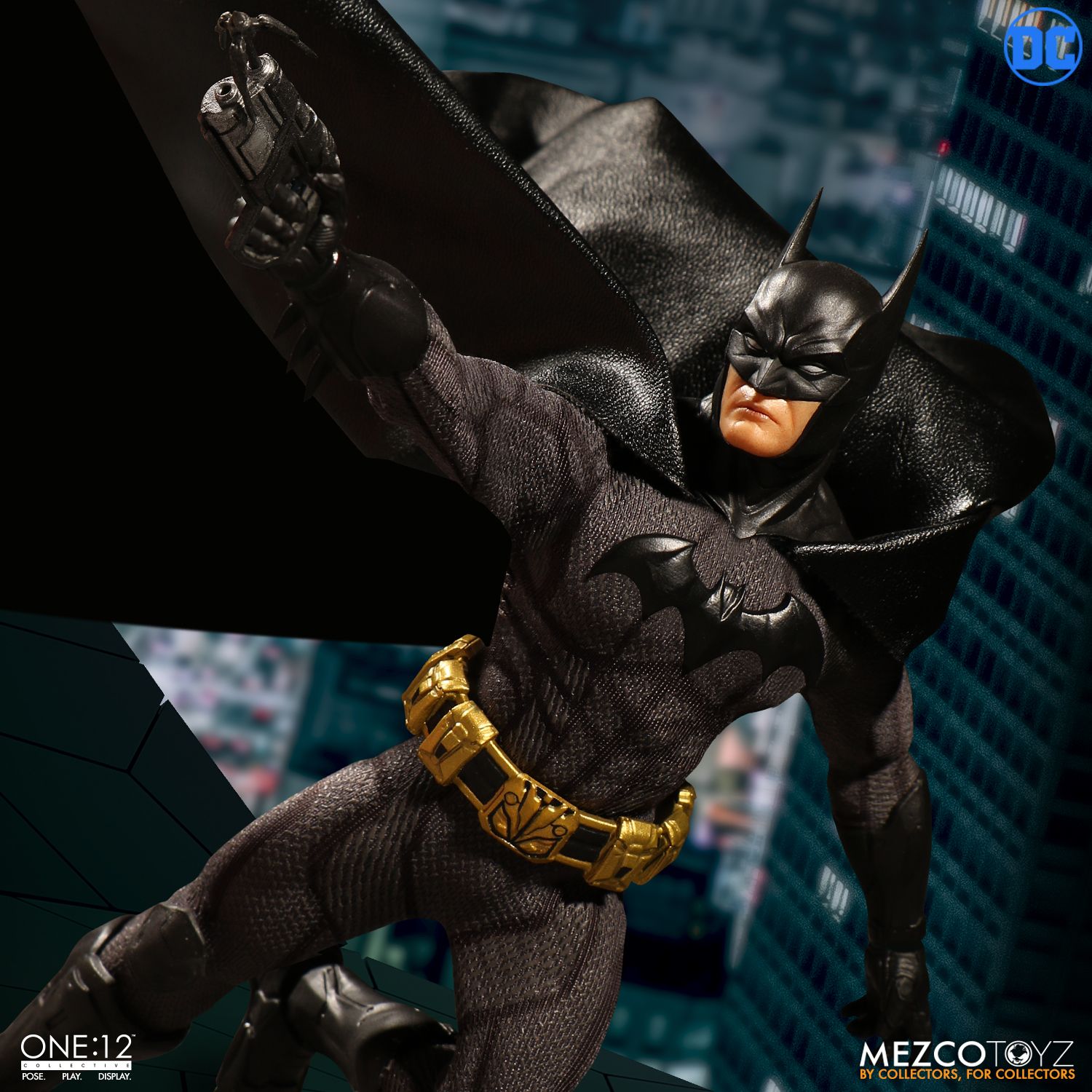 Mezco Toys is now accepting pre-orders for the Sovereign Knight Batman One:12 Collective figure. First announced during Toy Fair, the figure stands over 6″ inches tall and features 30 points of articulation. Included with the figure are multiple interchangeable hands, three interchangeable heads, various batarangs, a bat-drone, a grappling gun, and more. Priced at $80, Sovereign Knight Batman is slated for release between December 2018 and February 2019.

Mezco’s One:12 Batman trilogy continues with Batman: Sovereign Knight. Now at the peak of his career, the Sovereign Knight is the Batman of the present day. This is Batman in his prime.

Within his crime-fighting career, Bruce Wayne has honed his skills, methods, and physical fitness to their apex. His tech is significantly enhanced. The Bat-Suit has been augmented to provide more protection and greater mobility.

Using the tools and knowledge he has acquired since starting his war on crime, in combination with his upgraded arsenal, the Sovereign Knight is ready to take on the most dangerous of Gotham’s criminals.

Each One:12 Collective Sovereign Knight figure is packaged in a collector friendly box, designed with collectors in mind.