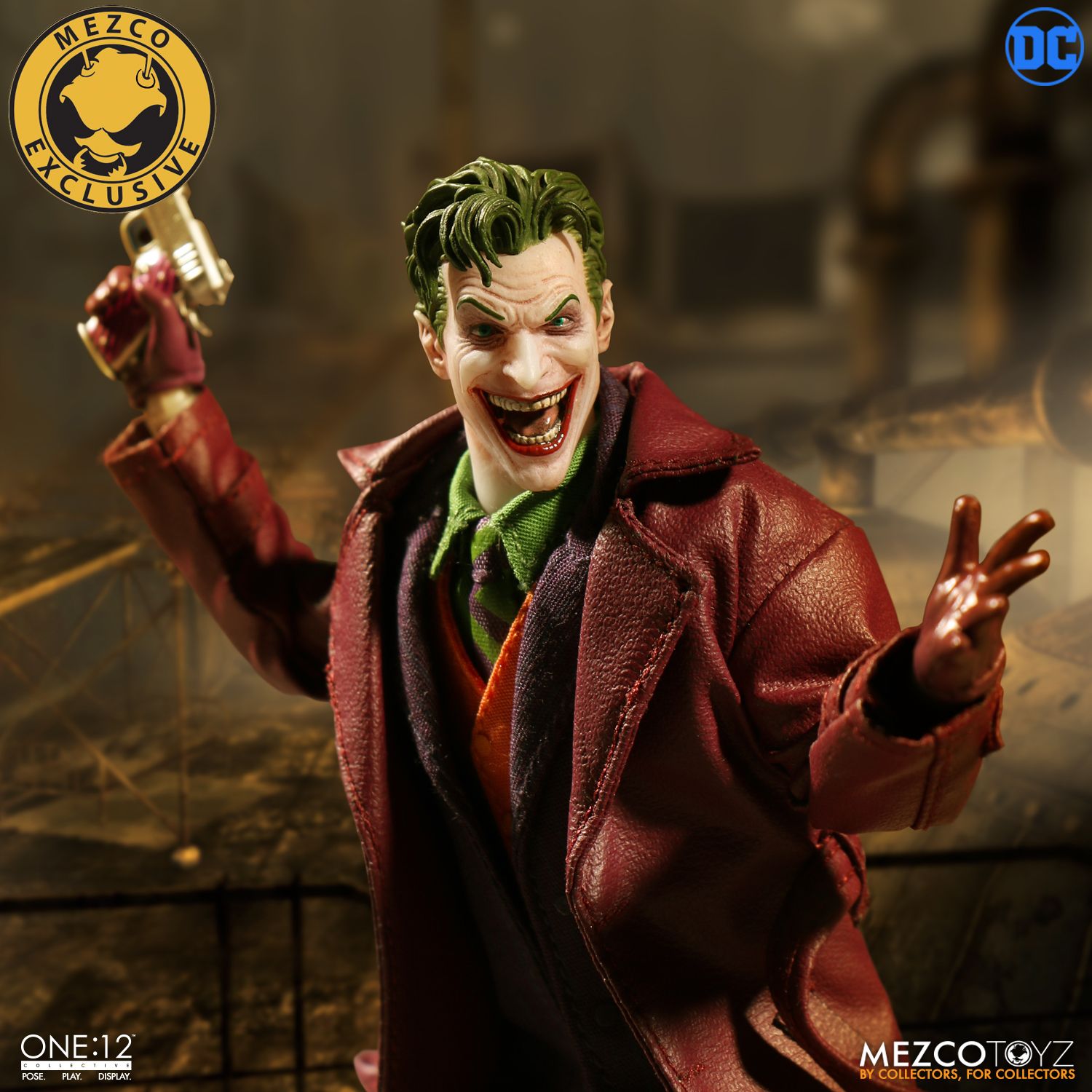 Mezco has announced a new exclusive figure for the Joker. Pre-orders have been opened for DC Comics The Joker Deluxe Edition One:12 Collective Figure. The figure includes five interchangeable heads, assorted interchangeable hands, chattering teeth, various weapons, trench coat and more. The figure will cost $90 and is expected to ship in Spring 2018. You can pre-order the figure now.

Since his appearance in Batman #1, the Clown Prince Of Crime has been considered not only Batman’s most lethal foe, but one of the greatest villain archetypes of all time.

The MDX Joker Figure features five uniquely expressive head portraits, including one with a sculpted hat. He is regally decked out in a newly tailored thee-piece pinstripe with a removable trench coat. The figure also comes equipped with a full complement of weapons including a classic dynamite with timer style bomb, sub-machine gun, 45 caliber gun, a knife, a folding straight razor, a crowbar, and a set of “chattering” teeth. He also includes a display base with logo and adjustable display post.

The One:12 Collective Exclusive Deluxe The Joker figure features:

Each One:12 Collective MDX Deluxe Edition Joker Figureis packaged in a collector friendly box, designed with collectors in mind there are no twist ties for easy in and out of package display.