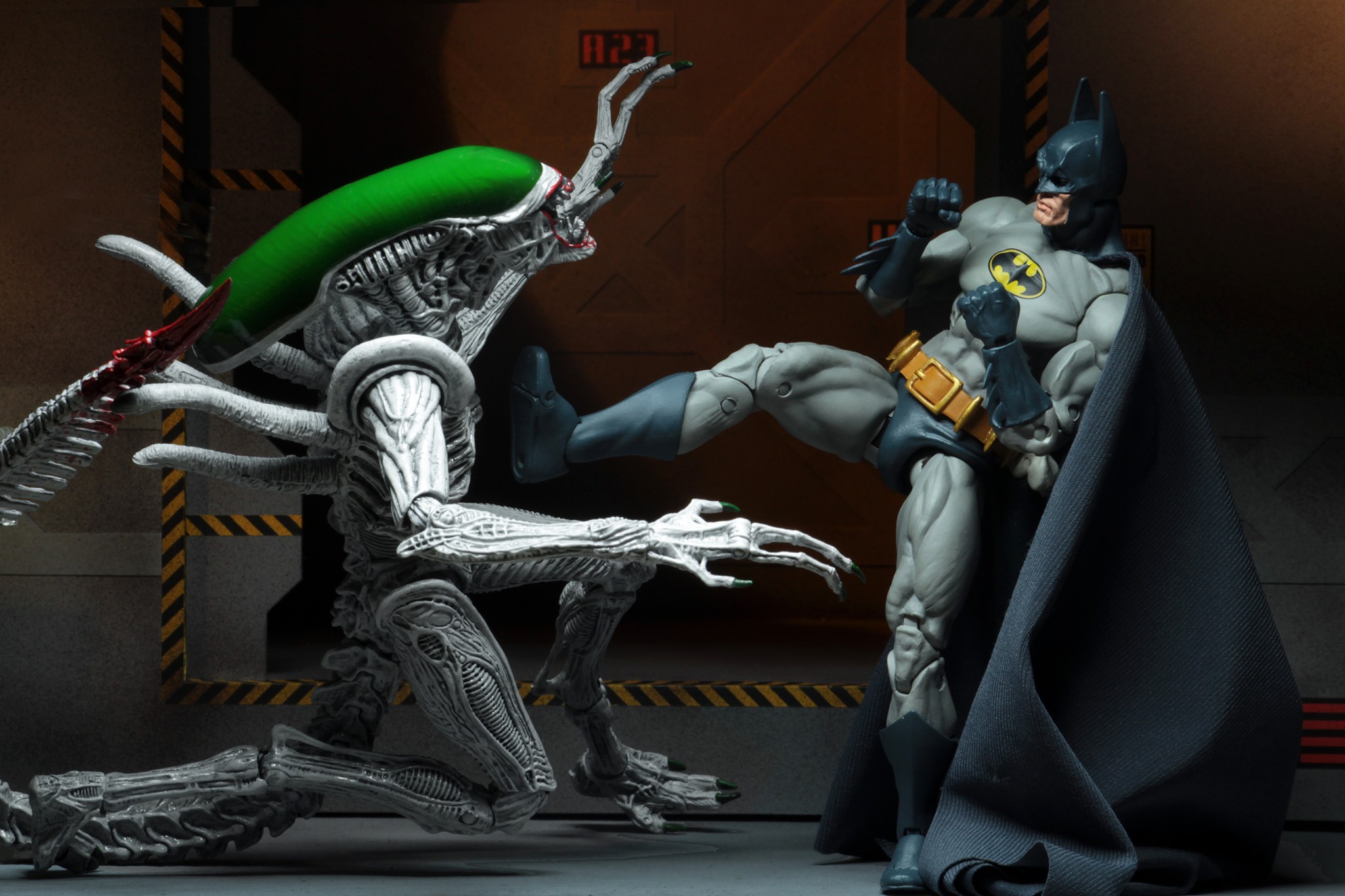 Coming your way at NYCC will be another amazing set of figures from NECA! We’re used to seeing Batman fighting the Joker and even Batman fighting alien threats, but I don’t believe we have ever seen figures of Batman fighting a Joker Alien. Set to be an exclusive at New York Comic Con this year, this set is part of the DC vs Dark Horse line, which also saw the release of Batman vs Predator at San Diego Comic Con this year. NECA has announced that this pack will be paired with a Green Lantern vs Predator two-pack and offered for $120 online. If you attend the convention in October, you can purchase them individually for $60.

This action figure 2-pack is inspired by a classic comic book mash-up! In the 1997 Batman/Aliens comic book mini-series co-published by DC Comics and Dark Horse Comics.

In it, #Batman faces strange new Aliens produced using DNA from some of Arkham Asylum’s deadliest inmates. The set includes two brand new, comic book based figures, both with over 30 points of articulation. Batman features a fabric cape, and the “Joker” Alien has a bendable tail.