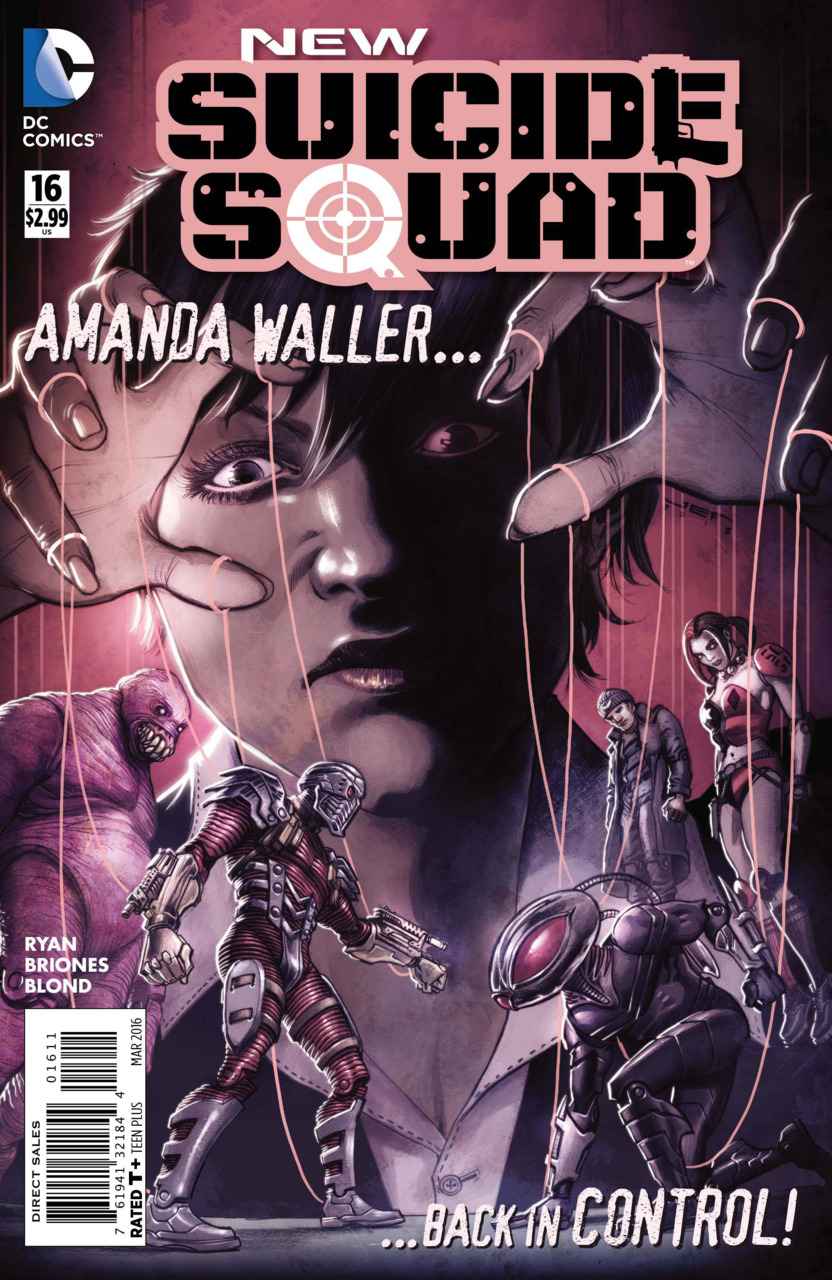 The “Freedom” storyline comes to an end and the status qou of the New Suicide Squad is going to change. This final installation from Sean Ryan finally comes to end and what Amanda Waller and her Task Force X will be up to will in Tim Seeley’s very capable hands. Does Amanda Waller still have the clout and control within Argus to continue being the leader of Task Force X? Will she actually have to work with her prisoners? I guess we will find out.

This issue starts with noted turncoat and mislead business CEO wannabe Vic Sage and ISIS sympathizer Black Manta trying to pull off their power grab. Sage no longer has the control he thought he has and his supposed friends have already turned their back on him. Black Manta does well being the bad guy villain against the moral likeable bad guys in the Task Force X. Waller has planned for her eventual show down with Sage with the upper hand. This is Waller as da boss.

This story arc has really about Waller and who she is in the DCU. Usually a behind the scenes bogeywoman who controls and bosses around the worlds scariest assassins, murders and mercenaries. This story arc has Waller getting her hands dirty and working with the very group she threaten to blow their heads off on a regular basis. She holds her own and continues to be a boss.

This final installation takes a serious look at who these villains are an helps set ups Seeley’s task of making Suicide Squad mainstream. These characters who rarely have had their own title are now going to be the back bone of the new DCEU. Everyone knows who Harley Quinn is and her very interesting origin story. Deadshot comes into this through his conversation with Waller and reveals why he does what he does, assassinating people for cash money. This month we will get a better reintroduction of two badass DC characters in Deadshot and Katana.

The final showdown between Team Waller and Team Sage goes down in Belle Reve. The art does a good job of telling the story and I hope to see Phillippe Briones on other creative teams. I could check the future solicitations to check, but I haven’t done that yet.  The last several pages of this story are rewarding for people who have stuck with this comic as it’s quality slowly dwindled.

I suggest to ignore the ending of this current arc as Tim Seeley, a rising star, takes over this book next month. He has proven his worth to DC and has been given this title just in time for people jumping to this comic due the Suicide Squad movie. I’m actually looking forward to this book next month and hope you may give it another shot as well.